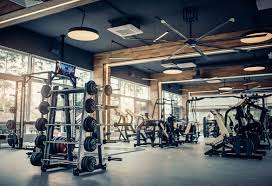 Student-athletes at FHC utilize their off-season to stay motivated.

Junior Kevin McPoland is one for competition.

“Me and [a teammate] were really close with how fast we are with rowing,” Kevin said. “[I like to think] I’m better than everybody including him, but it’s scary for me to think he might beat me.”

Kevin’s fierce mindset and goals drive him to get up and complete workouts for his rowing season, and the competition aspect of rowing changed Kevin’s workout habits. Exercising used to be an on-and-off hobby for him, but ever since he decided to quit basketball and devote his time and effort to rowing, working out has become more consistent and something to do in the off-season.

“I enjoy it,” Kevin said. “It’s the ego of not being lazy [but] working out and staying [productive].”

“Seeing the results [from working out] keeps me motivated,” Kevin said.

Kevin’s competitive side plays as a huge driver, but the hopes of going to college for rowing is also one. Although ultimately undecided, Kevin would like to continue his education and rowing at Michigan State University (MSU.

And he is not the only student who has MSU as one of their top schools.

After going to soccer showcases at schools like Grand Valley State University, Western Michigan University, and MSU, junior Ava Wilberding has gotten a feel for what her life in college looks like if she decides to continue on with sports.

Ava plays two sports: volleyball and soccer. She’s been playing soccer since she was in third grade and goalkeeper since the fifth grade. On top of her already busy schedule, she plays for two soccer club teams—AYSO United and Rapids FC.

With such a rigorous sports schedule, like Kevin, Ava’s top priority is staying in the best shape that she can.

“I used to not be in the best shape,” Ava said. “Having that memory of dying and not being able to breathe [made me think] ‘Ok, I don’t want to feel like this.’ and motivated me [to exercise].”

Ava goes to the YMCA with some of her coaches from Rapids FC, teammates, or people that she enjoys spending time with. At the gym, she focuses on building her strength before any of her sports seasons start. It was towards the end of her freshman year in high school when Ava figured out working out would benefit her.

“Thinking about [what] my future could be, and knowing I need to get in better shape [to match] the level of conditioning [in college] was a big factor,” Ava said.

To get into the mindset, her parents, coaches from her Aim High Volleyball team, and her club soccer teams encouraged  her to keep pushing and reach her ultimate goal.

“I like that my family is there to support me,” Ava said. “Knowing they are [supporting me], whether I do play in college or not, is definitely a good feeling to have in the back of your mind.”

Ava is not the only student-athlete who has a family that’s very supportive of her. Sophomore Delaney Smith said her dad was her biggest motivator when it came to sports and staying in shape.

Her workout routine started in the fifth grade but picked up speed and consistency in middle school. It starts out with 10-15 minutes of cardio, and depending on how sore she is, Delaney will do some lifting, then finish with basketball. She has been playing basketball since the third grade and lacrosse since the sixth grade.

“I am [glad that] my dad and my family are big into sports,” Delaney said to accentuate her family’s support.

With help from her family and friends, Delaney has been working to achieve her main priority of working out and staying in shape for her sports.

“When I have a stressful day,” Delaney said, “working on sports relieves that. I feel accomplished [and completed] after each workout, too.”