She is so very tired 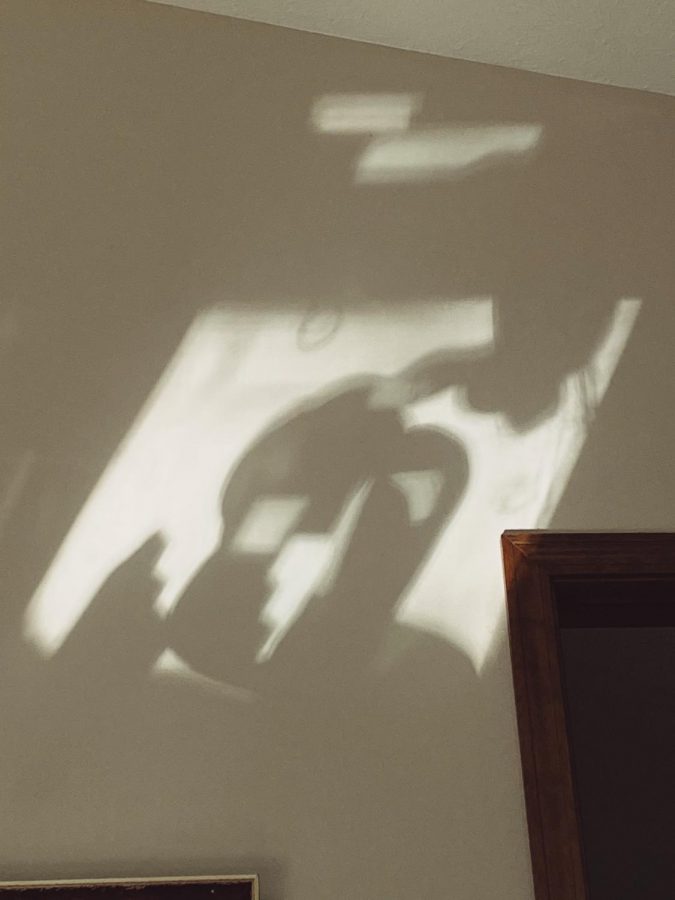 I greatly enjoy taking photos of the shadows on my walls.

Her hair used to be so golden, bobbling down and over her shoulders and defying the summertime heat. I wished I could be her, and then I realized that maybe I had been all along.

Now it has been cut and processed to create a cerulean blue that meddles with the gold and distracts from its greatness. Her adornments have shifted too, and so has the home that once so exquisitely surrounded her. The bunny hopped away—hand-in-hand with the Cheshire cat and the madman—and Wonderland became the abyss that had placed her there in the first place.

I could romanticize this in every which way, describing in detail the sun-spots that coated her walls while her hair was still beautiful. I could chronicle how lonely she felt in all her best moments and how content she felt in her worst ones. I could ramble on about futile fluff in painting the picture of what she once was, but I will instead illustrate how she remains.

Her room is dark, just like the hair that encircles the base of her neck, and she is strong. She often forgets the strength she holds when she is tripped by the words that create toe-ties in the hiking path. However, she hates forgetting because she has not mastered the art of neglecting one thing while still recollecting all the others. She does not want to lose all the good for the sake of the bad, something she is an artisan at.

She is sick of grieving the gone, but most of all exhausted of grieving those who aren’t. Having to continually scope out who she might lose or what might change is giving her early-onset arthritis, and her posture is causing twinges in her back that make her feel like her father.

Besides her infinite strength, the discipline that pushed her to follow her dreams is starting to dwindle. There are not enough Christmas trees in the world to make her feel the way she did four months ago, and she is beginning to romanticize things the same way I so cavalierly tried to glorify her. She has started crafting stories alongside her tangerine friend, but what once was fiction is feeling, the feelings she cannot escape no matter how hard she runs.

She is so very tired, but most of all of her hair. It does not bumble, it falls, and it is starting to remind her of all the things she is trying so tirelessly to forget. She misses the people and things that used to be the glue in her broken kaleidoscope life, and an awareness is starting to rush over her that she may not get a good night’s sleep anytime soon.