I miss those days 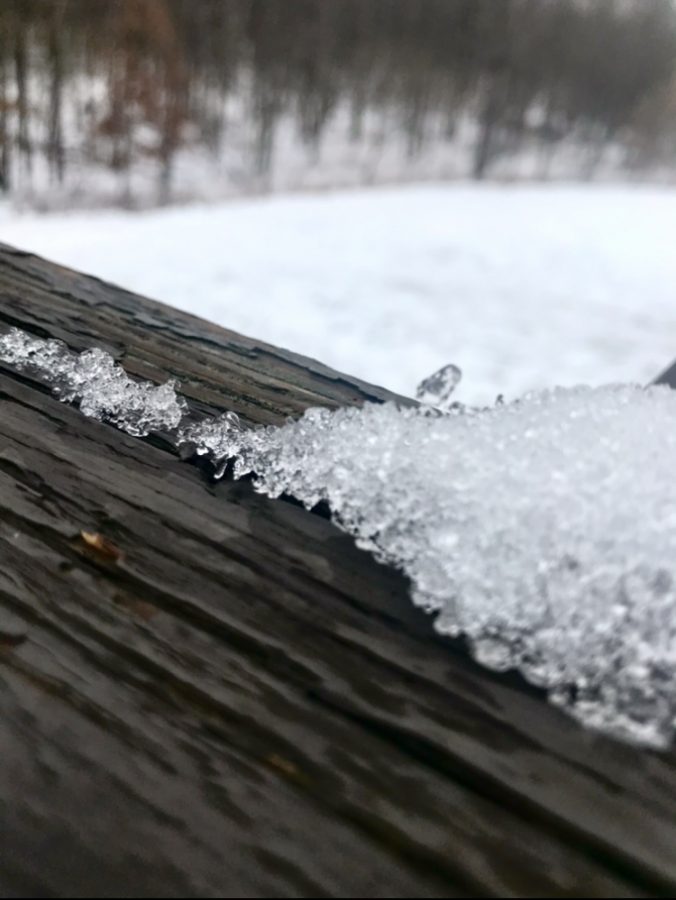 Snow that still hasn't melted on my deck

When the brown land was first blanketed in a few inches of white, my brothers’ squeals could be heard bouncing off of the trees as they rocketed down the hill on plastic sleds.

I smiled to myself and remembered the days when it was my screams that could be heard echoing throughout the neighborhood.

I am reminded of those days when I wouldn’t bother to change out of whatever pajamas I happened to be wearing and would spend ten minutes attempting to stuff my pant leg into my magenta snow pants. An additional five minutes would be added as I attempted to limit the amount of snow able to touch my skin.

I would trek across the now frozen lands, a cheap plastic sled in tow as I collected my only friends near me: my sister and my next-door neighbor.

Together, we would have abounding adventures, leaving trails behind us comprised of footprints and giggles.

We allowed our imaginations to run wild with the wind, transforming our sleds into reindeer that would assist in pulling the sleigh of Father Christmas and creating a palace out of snow bricks.

Plummeting down the hills beside our homes, our squeals could be heard ricocheting off houses and trees and even their treehouse. We would pack snow at the base of the hill to create a mini hump. After learning to aim toward it, it would launch me into the air, and, for a brief moment, I was flying; I was one with the birds in the sky. That is until the crashing back to earth sent me back to reality.

By the end of the day, I would find many bruises all over. I now know that it was the relentless crashing back to the earth that was the cause of it all.

After hours of frolicking in the snow, we would trudge into one of our houses and spend the rest of the day lounging before a fire and baking cupcakes dyed a wide assortment of artificial shades.

Those days were filled with Just Dance competitions and Nerf gun wars with her older brothers.

I miss those days.

The days where I could abandon all forms of responsibility and not worry about any sort of repercussions.

The days where I would exhaust myself until I would fall asleep moments after laying my head upon my pillow.

These days, I can’t seem to find the freedom that I used to have. My imagination is not as prominent as it used to be.

I now spend hours tossing and turning. My mind and heart running at astronomical speeds until I eventually have spent over half of the night rustling with no sleep for my tired eyes.

I now rely on others’ imaginations to remove me from reality.

For now, I must settle for dusty memories wedged between the meaning of pathos and the Pythagorean theorem and for hearing those I love live past experiences of mine.