Key Players Heading into Round One of the Playoffs 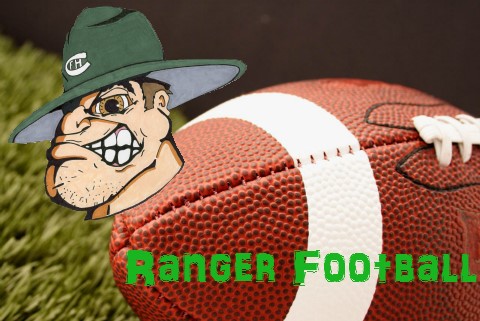 Being promoted from JV into the starting Varsity running back position, Cam will have to step up big to establish the Ranger’s ground game in their first round of playoffs this Friday. Battle Creek Lakeview, a 6-2 team with lots of size on both sides of the ball, is known for their notoriously stoute defense.  Establishing a ground game early will directly correlate to the success that the Ranger’s will have in the passing game. If Cam is able to gain large chunks of yardage on the ground, the Spartans will have to stack the box, freeing up passing lanes. Although Cam has only played one prior game on varsity, in which he was named offensive player of the week, he is expected to carry a heavy workload in the Ranger’s round one matchup at home.

All year, Bryce has been making plays on both sides of the ball. Being one of the most productive juniors on the varsity team, Bryce has filled into the system nicely. Along with being one of Tanner’s top targets, Bryce will be expected to make some big plays on the other side of the ball.  Playing alongside Anthony Delapp and Nick Beaumier in the secondary, the trio will look to take away the Spartan’s minimal passing game.  With Battle Creek Lakeview’s offense being run-heavy, Bryce will be expected to lead the Ranger’s secondary and take away the holes in the trenches.

Sal, one of the four team captains, has been successful all season on both sides of the ball. Sal, who is notoriously known for his hard hitting mentality, is one of the defensive players that will be in charge of stopping Lakeview’s run-heavy game plan. Battle Creek Lakeview, who runs an offensive system similar to the Wing-T, runs eighty percent of their plays on average. Sal will need to lead the linebacking core in stuffing gaps and making tackles while the big boys upfront go to work. Averaging an impressive 13.5 tackles per game, Sal will need to continue his production on defense.

Tanner, who has been on varsity for the past three years,  is now at the helm leading the Ranger’s offense at the quarterback position. FHC, who has been able to establish an effective passing game throughout the season, is expected to continue their success through the air in their round one playoff game.  Tanner’s had several looks from potential college teams and is used to performing at his best under significant amounts of pressure. In order to defeat a big Lakeview defense, Tanner will have to have a big game and lead the offense to numerous scores.