Lauv’s new single, “2021” breaks away from his previous originality 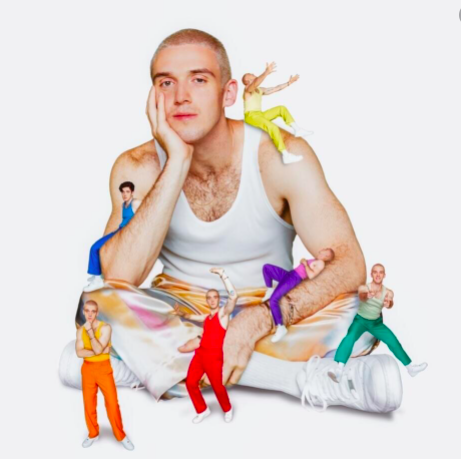 I remember going into 2020 thinking it was going to be the best year yet.

Well, it did not turn out the way I had planned. Yes, there were definitely noteworthy moments, but this past year was full of surprises I could never have expected.

Just as the year was ending, an artist decided to go along with the element of surprise and shocked his fans by releasing a surprise sonf. Ari Leff, better known by his stage name, Lauv, revealed his newest single, “2021,” on December 31. My cousin is a huge fan of his, so of course, the news was all over her social media.

I had heard small pieces of his music before, and normally I really like his songs, so when I pressed the play button to listen to this one, I was immensely surprised—and honestly, quite disappointed.

Normally, his music is the kind of tune I turn on when I am studying or completing some sort of task. His previous songs have been calm, accompanied by his soft voice singing and a guitar being strummed in the background. And I was slowly becoming intrigued because the beginning of “2021” sounds similar to his past songs, but as soon as he started singing, I cringed.

Lauv’s normally soft and soothing voice was overtaken with an excessive amount of autotune and strong bass in the background. The song may have been more to my liking if I had never heard any of his previous songs, but it was the complete opposite of his popular songs such as “I Like Me Better” and “Love Somebody,” which have an ideal mellow tune to it.

After looking at the lyrics, I can tell Lauv still has a passion for love songs, but it is definitely a style change. While his music may not be the typical “love song,” almost all of his previous songs have been about a special someone.

Lauv later released more details stating that this song is about him and his current girlfriend; for those reasons, he himself has not changed, but his theme of a somewhat lo-fi style has.

My cousin would always tell me she was drawn to Lauv and his music because of his originality and uniqueness. I felt a great sense of disappointment after the song ended because I found him to sound like every other artist out there; he does not stand out in this song.

While there has not been a music video released, the one picture that sits aside this song is a simple picture of Lauv holding his phone up in the mirror—adding on to the theme of disappointment and dismay.

If Lauv would not have left his style, his song probably would have been extraordinary, but because of the familiarity with many other songs and artists, listening to it just felt bland.

2020 was full of surprises, good and bad. When I heard that Lauv had released a surprise single, I was already planning to add it to my studying playlist, but instead, I turned it off and continued on, not being at all impacted by his song.

This song was definitely the last bad surprise of the year.