Playboi Carti’s latest album was his most embarrassing project yet 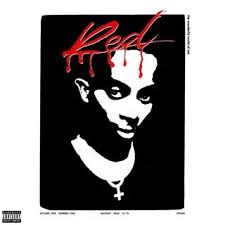 When it comes down to my music preference, it is all over the place. From the nostalgic early 2000s, to Britney Spears, to Frank Sinatra, to modern-day rap, there is at least one song that falls under each genre in my playlist that is rightly named “Accumulated Mix of Pure Chaos.”

If a song has a funky beat or catchy lyrics, it instantly gets added to the infamous playlist. There are a total of 789 songs on it, and 15% of that playlist is rap and hip-hop from artists similar to Kendrick Lamar, Lil Uzi Vert, and 21 Savage.

The moment I pressed play on Playboi Carti’s latest album, I knew I wasn’t going to enjoy it based on his previous albums, such as Die Lit and Playboi Carti. They were both lacking creativity, but not as much as Whole Lotta Red.

The mumble rap and mediocre beats were not enough to keep me engaged, and it definitely did not change my negative view on Carti. The album was released on December 25, 2020, and has a total of 24 songs on it— all of which sound so much like each other.

I had hope in this album; I truly did. But, my hope was lost somewhere around the sixth song after hearing the same dry beats, plain bass, and high-pitched voice mumbling “Yeah,” “What,” and “Uh,” more times than I could count.

Track 9, named “Control,” started off with Carti saying “Where my Carti fans at? / One of the most loyal, most dedicated fanbase I’ve seen in a while.” The intro is contradictory, considering only 60% of Google users liked Whole Lotta Red when 96% of Google users liked Carti’s 2018 album Die Lit. His “most loyal” and “most dedicated” fanbase seemed to have disappeared after dropping one of his worst albums to date.

This was Carti’s “comeback” album. He released Playobi Carti in 2017 and a year later, he dropped Die Lit. Both had some popular songs, such as “Magnolia,” “Wokeuplikethis*,” and “Shoota.” Carti fans were hyped and thirsty for his newest album, but what they received was an episodic nightmare.

The flow sounded more like crashing waves; one minute, it was unvarying and boring, the next was loud and chaotic. There were no clear transitions or overall messages besides the short phrases “Uh” and “Yeah.” Repetition of basic verses, sounds, and beats killed this project. I expected to see more out of Carti besides the generic verses, beats, and performance.

Whole Lotta Red was nothing more than Carti saying unintelligible, auto-tuned words and slapping a generic beat over it. Although I can add up to 100,000 songs to my “Accumulated Mix of Pure Chaos” playlist, there is no space for songs from Carti’s latest disappointment.