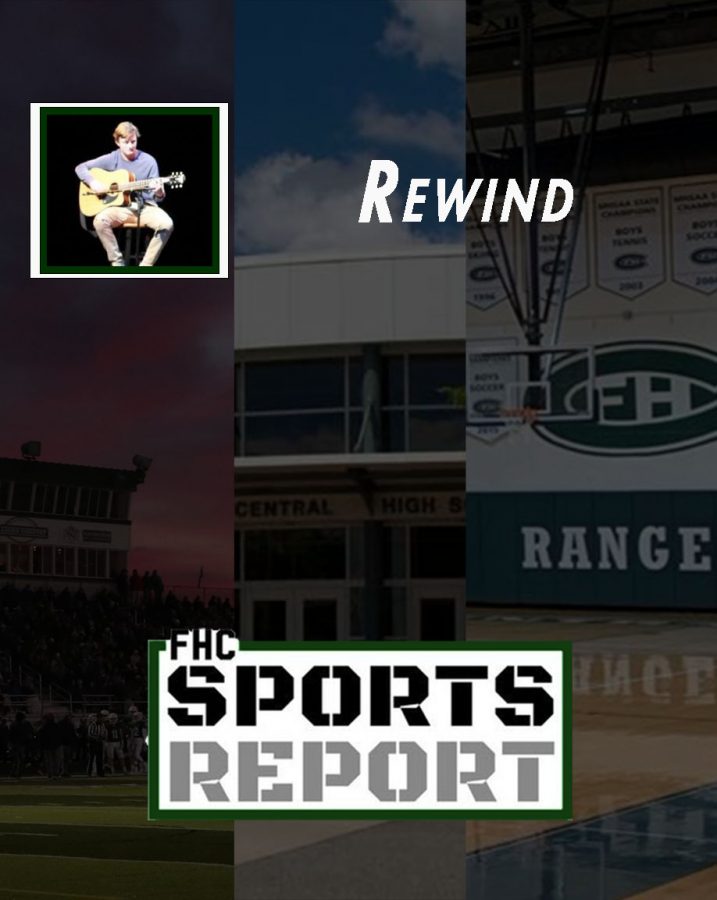 Everybody loves an underdog story. In the case of the 2018 College Football Playoff, this underdog just so happened to be a backup quarterback from the small town of Ewa Beach in Hawaii. After being limited to a few snaps in garbage time throughout the season, the lights could not have possibly been any brighter for the young freshman. Facing a lean Georgia Bulldog defense, the pressure to lead a comeback was immense.

Strangely enough, the Alabama Crimson Tide were in an unfamiliar spot entering the 2018 “bowl season”. A loss to Auburn in the team’s final regular-season game crushed almost all hopes of playing in the College Football Playoff. However, Alabama was able to sneak into the final spot on Selection Sunday, sending the football powerhouse to its fourth consecutive playoff appearance. After handling the Clemson Tigers in the semifinal on both sides of the ball, the Tide found themselves in a position to compete for another piece of hardware.

Even though the team had won all but one of its games, this type of season performance seemed to be quite underwhelming for the organization and its fans. After missing out on the SEC Championship game, Nick Saban’s Alabama team had the opportunity to take revenge on its top conference foe.

Regardless, it had been a remarkable season for the Crimson Tide. Sophomore quarterback Jalen Hurts was solid as a rock, throwing 17 touchdown passes to just one interception. This impressive ratio was made possible by a wrecking ball for a supporting cast. Alabama had a three-headed monster in the backfield, made up of running backs Damien Harris, Bo Scarborough, and Josh Jacobs. On the receiving end, Hurts had a number of weapons as well. Wideouts Calvin Ridley and Jerry Jeudy combined for over 1,500 yards, not to mention a solid 600-yard season from tight end Irv Smith. On the defensive end, lineman Quinnen Williams and Da’Ron Payne established an inside force while Minkah Fitzpatrick and Levi Wallace blanketed opposing receivers. Even though the Crimson Tide was considered the underdog, this was their game to win.

Not only did Georgia finish the season as SEC champions, but they were coming off of a historic win in the Rose Bowl semifinal game. The Bulldogs took Baker Mayfield’s high-octane Oklahoma Sooners to overtime, where they would win it in remarkable fashion. The 54-48 shootout proved that this team could play with anybody in the country. To make matters more interesting, this matchup featured a coach’s reunion. Georgia football head coach Kirby Smart left Nick Saban along with his defensive coordinator spot in order to become the new face of the Bulldogs. Ever since his arrival, Smart had built up a championship program now with a chance to prove it against his former team.

This was the most talented Georgia football team in a long time. Halfbacks Nick Chubb and Sony Michel made up undoubtedly the best one-two punch in the country, racking up a combined 2,600 scrimmage yards. Despite the prolific rushing attack, Georgia’s passing game did not skip a beat nearly all season. Quarterback Jake Fromm had put on a show as just a measly freshman, throwing for almost 3,000 yards and 25 touchdowns. The combination of Riley Ridley (Calvin’s brother), Mecole Hardman, and Javon Wims established a constant threat of the deep ball, as this speedster receiving core caught over 15 touchdowns in the regular season. As if the offense wasn’t talented enough, the Bulldog defense had its fair share of stars. Linebackers Roquan Smith and Lorenzo Carter came up with seven sacks apiece, wreaking havoc in the pass rush. In the secondary, ball hawks J.R. Reed and Deandre Baker snatched six interceptions between the two, contributing to the extraordinary number of turnovers forced by the defense. This was set to be an outstanding matchup on both sides of the football.

Although it was selected as a neutral site location, Georgia had the privilege of playing in its own stadium for this game. With technical home-field advantage, the Bulldogs looked to come out with an attitude. However, the team’s first mistake of the night came on the opening drive of the game. On 3rd down, Jake Fromm threw a pass into the arms of Javon Wims, only to be taken away by Alabama defender Tony Brown. Nevertheless, the Crimson Tide failed to score after an overthrow in the endzone by Jalen Hurts and a missed field goal by kicker Andy Pappanastos. For the rest of the quarter, both teams traded possessions back and forth without any marks on the scoreboard.

Something was wrong with the Alabama offense. Georgia’s front 7 defense was the main headline in the early going, as it shut down the Tide’s heavy ground attack. Additionally, quarterback Jalen Hurts was struggling mightily. Labeled as a running QB, the Bulldog’s scheme seemed to be primarily focused on slowing down the speedy legs of Hurts. Comparatively, Georgia was at least able to muster some offensive rhythm. Two second-quarter field goals gave the ‘Dawg’s a 6-0 lead while still continuing to shut down Alabama’s offense. With under 20 seconds remaining in the first half, Georgia had marched inside the ten-yard line. Much to everybody’s surprise, wide receiver Mecole Hardman lined up at quarterback. Hardman took the direct snap and followed his blockers for a walk-in touchdown, silencing Crimson Tide fans and putting the Bulldogs up by 13 points heading into the locker room.

What happened next was so extraordinary that it seemed utterly ridiculous. After posting a 27-2 record as a starter, Alabama coach Nick Saban made the decision to bench Jalen Hurts. In one last gasp to make a statement, he turned to his backup quarterback. Tua Tagovailoa—a true freshman—had seen the field a considerable amount of times throughout the season, although mostly in the final minutes of games with blowout margins. Despite his lack of experience, Saban and his squad were relying on the Hawaii native for a major spark. When asked about his decision, Nick Saban simply said, “We needed somebody who could pass the ball”.

Considering that this was the final 30 minutes of football being played in the season, this move was controversial, to say the least. After Tagovailoa got sacked to force a three-and-out on the opening drive of the second half, Saban’s hopes of capturing his sixth national title became thinner by the minute. Thankfully for the Crimson Tide, the defense did its job and stopped Georgia on multiple possessions in a row. Getting another crack at it, Tua began to show why he was put on the field in the first place. He threw several passes for first downs, something that Hurts had not done all night. Then, he escaped the grasp of three defenders on a third-down play in order to escape and run for a miraculous first down. Upon entering the redzone, the freshman quarterback tossed an easy ball to fellow freshman Henry Ruggs III for a touchdown and ‘Bama’s first points of the evening.

Having to regroup, Georgia’s answer was picture perfect. Jake Fromm launched a ball down the right sideline that would end up in the hands of Mecole Hardman, who caught it perfectly in stride. The sophomore phenom then high-stepped out of a would-be tackle and took it the distance for a brilliant 80-yard touchdown, putting the Bulldogs back in front by two possessions. On the ensuing drive, Tua Tagovailoa threw a crucial interception near midfield. This costly turnover was viewed by many as the final blow to the Tide.

As it had done nearly all season, the Alabama defense rose to the occasion. A pass from Fromm bounced off of the helmet of a Georgia player and into the hands of ‘Bama defensive lineman Raekwon Davis. This turnover got the ball rolling for a pivotal fourth quarter. The Crimson Tide kicked two field goals to cut the lead to just seven points and regained possession with under five minutes remaining. Keeping his composure, Tua would lead Alabama to a game-tying touchdown drive that was capped off by a 4th-and-goal pass that found Calvin Ridley in the back of the endzone. With the teams locked at 20-20, the Tide seemed to be in an ideal position to kick a game-winning field goal as time expired. However, Andy Pappanastos hooked the would-be clinching kick wide to the left. The fate of the 2017-2018 college football season would be decided in overtime.

Starting with the ball, Georgia’s first drive was not what the team had hoped for. Fromm took a big sack on third down to set up a long field goal for kicker Rodrigo Blankenship. To the relief of the Bulldogs, “Hot Rod” Blankenship knocked in the daunting 51-yard kick with ease. As Alabama took possession, the team just needed a touchdown to win. Under pressure, Tua would take a massive sack on first down, setting up a long second down and 26. Due to the Tide’s kicking struggles, the offense would need to get much closer to the goalposts in order to at least tie the game back up. This loss was immediately erased, as Tua flung a gorgeous pass down the left sideline and into the endzone that would hit receiver DeVonta Smith right in stride for the game-winning touchdown. The stunning ending for the Alabama Crimson Tide came from an unbelievable performance and comeback from freshman quarterback Tua Tagovailoa.

Winning by a final score of 26-23, ‘Bama had won its first national championship since the 2015 season, ending its largest title drought in a decade. In a matchup between two SEC powerhouses, Alabama was able to escape with a legendary win. As for Nick Saban, one of the riskiest moves in sports history had paid off.