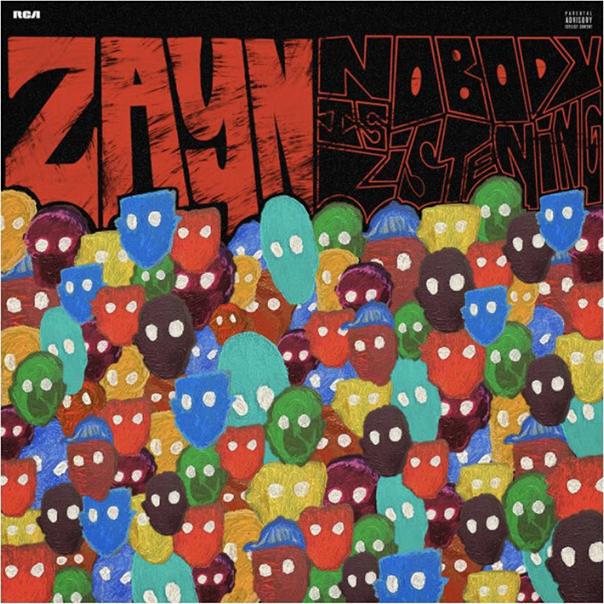 The album cover of Zayn Malik's new album Nobody is Listening

I do not consider myself a big Zayn Malik fan. So, I never considered listening to his new album that was recently released. Seeing his Twitter timeline being an exciting mood of retweets from positive reviews, I knew there was something that I should check out.

Through hearing from my friend’s excited gestures over Zayn’s new music, I realized it was worth a shot. It took me a few hours after the album’s initial release to finally force myself to listen to it. I wasn’t such an avid listen moreover an “any tune fits” type of person.

Since his last album—Icarus Falls—was released almost two years ago, I was gaining interest in what this new album would bring. With one of his earlier released songs, “Vibez,” already topping the charts, there was no better time to listen to the album than right then.

The mood of the album was confusing as it went from soft and slow as in “Calamity” to an upbeat note in “Better.”

The album was definitely hinted with the notion of sex than what his usual ambiance would be. Many of the songs feature themes of appreciation and reconciliation.

“Calamity” being his first song was strangely comforting as it carried the message of rejection and regret. With the raw vocals and only a recognizable sound of a piano, it seemed to tie together to the next track “Better” being a one-more-chance-to-love type of song. It was more upbeat than the last in a way that made it feel like an R&B version of a Justin Bieber song.

His third song “Outside” felt like another page of the story as it went through emotions of devotion and remorse in the past. The vocals matched the tone of the song as his range scaled diversely.

“Vibez,” his current top hit, reminded me of what you would hear at a party or local venue. The music drowned out the actual lyrics, giving it a beat that you could feel in your soul. It ended on a positive note that immediately followed with a soft single note from “When Love’s Around.”

While this album was a good reunion to his music, I felt it was very repetitive with the same message. Too many of his songs seemed to be about love, being regretful, and wanting to right a wrong.

I don’t think it matches a vibe that everybody can relate to personally. As it mentions many ideas of sex, as in “Sweat” and “Windowsill,” Zayn’s writings in these tracks show pure emotion and emphasize his feelings.

Although I can’t find myself listening to the album as a boredom-buster, it was a good comeback with his music career that I feel could be appropriate with his newfound role in being a father and his relationship with model Gigi Hadid.