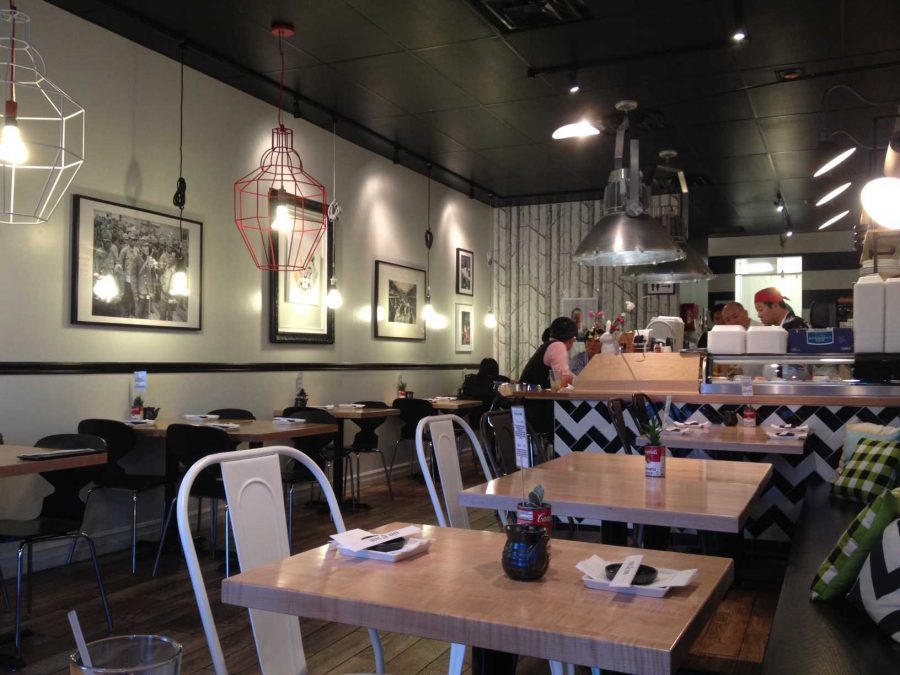 If I had a significant other I’d ditch the movies and take my man straight to Haru Japanese Sushi and Grille.

Located on SE Marketplace drive, Caledonia, the restaurant is, for the most part, unheard of, partly because it is inconveniently smushed between two big name restaurants Qdoba and Panera bread. I didn’t even know it was there, until one night I was out with my family and in the mood for Japanese. Not knowing of any Japanese restaurants in the area, I pulled out my phone and asked Siri. Haru was the first entry on the list.

We weren’t sure what kind of restaurant we would drive up to, but as we arrived I was extremely impressed. It was charming and well decorated, and surprisingly almost empty.

It was a little before seven on a Thursday night. There were only a few other couples in the restaurant and my family and I were seated promptly. The staff was kind and took our orders quickly, even catering to my father’s vegetarian needs without issues. Not only were they fast and polite, but Haru sufficiently satisfied my craving for noodles and sushi.

The menu consisted of a typical array of Japanese food, including tempura, edamame, an assortment of bento boxes, udon soup as well as Hibachi and bibimbap. Prices ranged from four to six dollars for appetizers and an average of eleven to fourteen for entrées, which was surprisingly inexpensive considering the portions served were extremely large.

Between my family members and I, we ordered a total of six separate dishes. We received  our food in about fifteen minutes after placing our order and we enjoyed our meal with no problems. The food was prepared well, sushi was made fresh from the sushi bar, and each dish was presented in an artistic way, including extraordinary garnishes.

What really set Haru apart from other Japanese restaurants was the atmosphere. It was decorated in a slightly modern but also cozy fashion. There were little succulents planted in soup cans sitting on the table. Their color scheme was intriguing to look at, consisting of off-white, black, and red, with earthy tones keeping the colors from contrasting harshly.

The service, food, and unique atmosphere is sure to bring me back for another visit. However, it is not the kind of place I would bring a large group, as there were only about twenty seats in the restaurant. It would be a perfect place for a date; If I had one. They easily accommodated my father’s vegetarian diet and I would imagine they would be equally as accommodating to children. So next time you find yourself in Caledonia, instead of going to a brand name restaurant, change it up and take a trip to Haru.