In case you missed it, here are the highlights from yesterday’s inaguration: 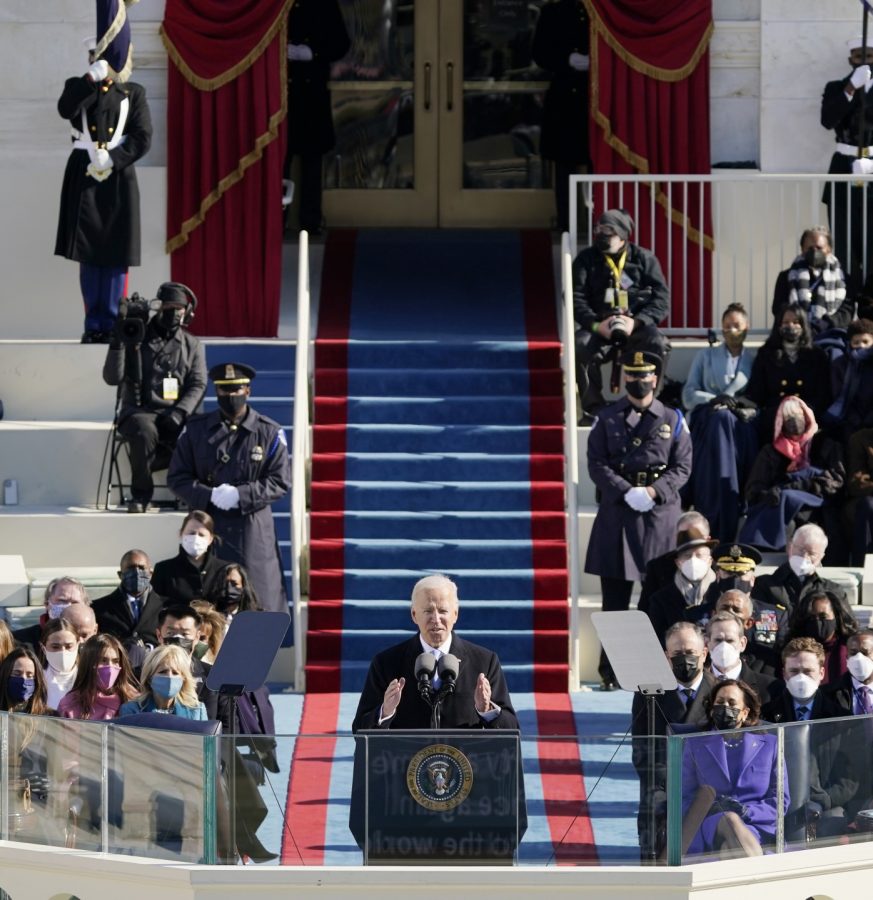 For everyone around the country, January 20, 2021 marked a significant and pivotal moment in history—the inauguration of  Joe Biden, the United States’ 46th President. No matter what an individual’s personal political views are, I think that we can all agree that yesterday was a very emotional day in America. We have all been through so much this past year, yet we can still grow to be inspired once again by the air of change blowing through our country once Biden was sworn in at around noon yesterday.

In case you missed it, here are the highlights from President Joe Biden’s inauguration as the 46th President of the United States.

At around 8 a.m. ET, former President Donald Trump left Washington D.C., and with no intentions to attend his successor’s ceremony, he spoke at Joint Base Andrews, Maryland later that morning. He conducted a farewell ceremony of sorts and thanked many people throughout such as his family, chief of staff, and moreover. Melania Trump spoke as well, delivering a message of respectfulness and closure, saying, “being your first lady was my greatest honor.”

Biden attends church at the Cathedral of St. Matthew the Apostle in Washington D.C.

Biden and Harris arrive at the capitol

Not long after 11 a.m, Biden along with his wife, Harris, and her husband, Doug Emhoff, made their way up the stairs. After turning to wave to the cameras one final time, they headed to the inaugural stage where Biden received a significantly long ovation.

Harris is sworn in as Vice President

Arguably the most moving and satisfying part of the ceremony was this pivotal moment. Not only is Harris the first woman holding executive power in a country where women still face challenges every day, but she is also the first Southern Asian and Black VP. In a country that has been shown through the public’s opinion that things need to start  changing after all this time, Harris is a great step towards fixing America’s broken system and promoting unity in the country.

Biden is sworn in as President

Shortly after officially becoming the 46th president of the United States, Biden delivered a powerful inaugural address where he detailed his desire to be a “president for all Americans” and went on to reestablish the importance of unity between all people.

Outside of Gorman, only two other presidents have had a poet at their inauguration. This being my personal favorite moment from the inauguration, I was in awe of the way she presented her poetry, and she forced the crowd to feel all that she was feeling, bringing them together in a sense as she went on to speak about unity and rebuilding. At only 22, Gorman spoke to the souls of the entire nation and created a sense of hope and light at the end of everything Americans have been through.

As the ceremony concluded, Biden and the first lady walked through the doors of the White House to immediately begin presidential duties. Shortly after, Harris began business by swearing in new democratic senators, and Biden got to work signing over a dozen executive motions.

With themes of unity and mutual respect already clearly established as core principles for their administration, President Biden and Vice President Harris closed out the day on a special titled Celebrating America. With remarks on both earlier that day and the future of the country, Harris shared these moving words filled with passion and aspiration to close out the day: “This moment embodies our character as a nation. It demonstrates who we are, even in dark times. We not only dream, we do. We not only see what has been, we see what can be. We shoot for the moon, and then we plant our flag on it… We are bold, fearless, and ambitious. We are undaunted in our belief that we shall overcome, that we will rise up. This is American aspiration.”