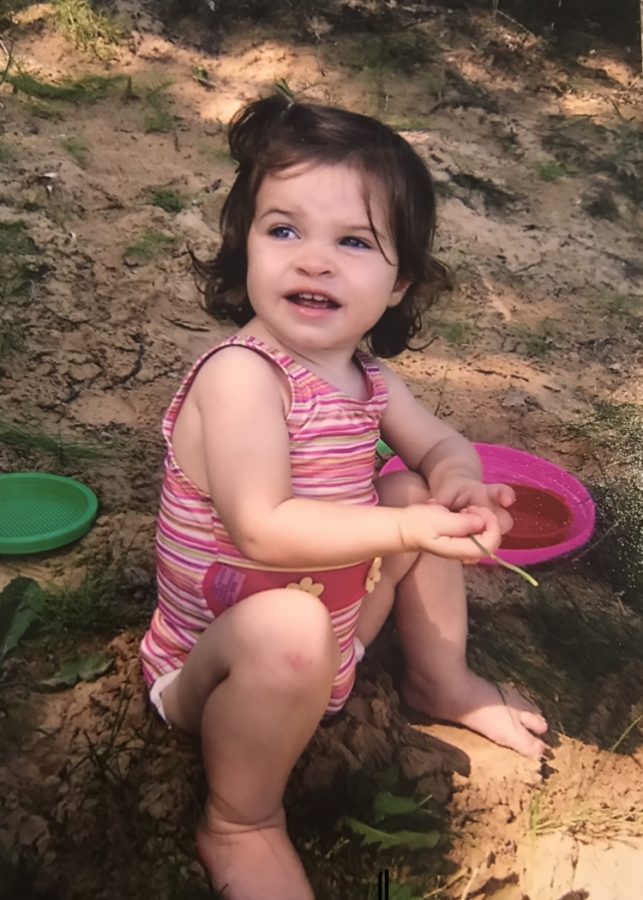 Young me in the place that reminds me of my childhood

Childhood is often associated with a place or an object of some sort.

Mine happens to be a quaint town on the coast of Lake Michigan.

Particularly a house on top of a bluff, overlooking a lake.

The driveway was forgettable for most, but not me. Yellow daffodils lined each side of the gravel road—in warm seasons, of course—unless the bulbs had been dug up by fluffy-tailed squirrels.

Tiger lilies used to dot the path to the front door, drops of sunsets rebirthed into petals. They were beacons bringing me back to the place where I was free.

Down the bluff, over a dozen cinder block steps, a road, and yet another hill, I was able to reach a dock. Shoes had to be worn in order to protect my feet from the blistering sun, heating the metal into a lethal, molten trap. The only escape from the sun was on the bank where dirt and grass prevailed, not sand.

There was always some game being played by the adults. Bocce ball, cornhole, horseshoes. I never bothered to play—although I was continuously entranced by the small, marigold ball that was the size of a ping-pong ball, but still managed to require effort to pick up—I could usually be found in the hammock strung between two, strong trees.

If I wasn’t lounging in the scarlet and ivory hammock being pushed by my grandpa, I was splashing around in the lake, attempting to catch the silver minnows between my miniature fingers, but only pulling up handfuls of murky sand.

If the days were warm enough, we would trek across the waters to what we liked to call, “The Little Bayou.”

We would beach the pontoon on what little stretch of sand there was and toss the anchor into the beach grass.

Those days are sort of muddled for me now. As time has stretched on, the days blurred together. There is one day that I can distinctly remember when I finally faced my fears and launched myself into the deep water. I swam all the way to a buoy that floated where the water was too dark to see my legs anymore.

Our days wrapped up around the fire where we would tell silly stories and sing songs and tell jokes, and most importantly, make s’mores. Our laughter would carry through the night as the sun sank beneath the trees and bats would be mistaken for birds as they sailed overhead.

Avery and I would usually sleep with the windows open and fall asleep to the sounds of crickets chirping and other insects humming. The occasional breeze would blow the curtains and I would be able to see the pinpricks of light that fireflies shine upon the world.

No matter how stifling hot and dry the night might have been, each morning, the air was always cold and wet. The top of the comforter would always be covered in a layer of dew.

Every thunderstorm, my grandma would smuggle me into the “bunkhouse” for a tea party. As the lightning would illuminate the sky and thunder would shake the earth, we would sip hot chocolate out of teacups.

Perhaps that’s why I’m always drawn to that kind of weather.