Bottles of hope and empty theatres 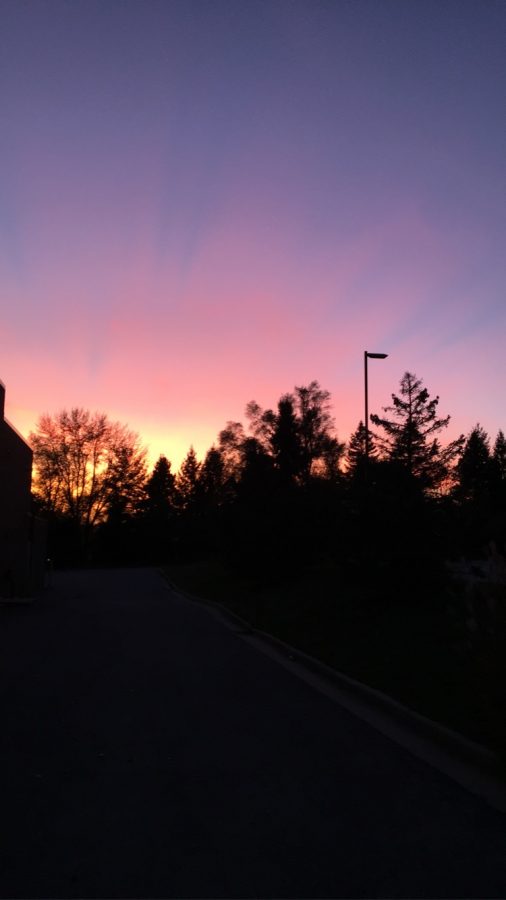 A sky as colorful as the realization of your place in the performance of life.

Insignificant, betrayed, and loud, the night road was home for one moon longer. Despite the incantation and consolation heralded by the dark, fear lodged itself in my throat like a bottled message lost at sea—bearing news for a beaten shore.

Hopefully cursive but dreadfully lost, a letter’s autonomy is a simple ruin in the eyes of its only audience: the waves of uncertainty, chaos, and misfortune. As this glass bottle drifts longer, hope dies quicker. For every gentle smothering the bottle garners, I feel optimism spill from my fingertips.

Blood-stained and scarlet, my hands shake under my own scrutiny, my palms plagued with the carnage of my own fantasies. Watching my greatest dreams turn into gory delusions, my hands have stuck by me. Yet, I’m one duplicitous handshake away from divine havoc, and the bottled letter is one wave away from the seafloor.

When she sinks, I’ll decay.

Hope is nothing but an intoxicating, ephemeral constant—as dichotomous as a dream in the land of nightmares. Dreams only come so often, and delay is far from foreign for me. I’ve known disappointment, devastation, and destiny from the eyes of a self-proclaimed pretty boy. And yet, I still crumble at the thought of what could’ve been.

Missed chances lie discarded, silent like dead crickets in the morning, and here I stand, feeling dim, dumb, and disappointed, like a scarecrow too stupid to scare crows. A wood stack can only survive so many storms before its potential is replaced by rot, and the rotting has begun. But, decomposition begs the question, can the spotlight go out before it was ever even turned on?

Surely it can. It must. It must have been on, for I felt its sweet embrace, and now I know its cold resentment. Hope was never the song I sang but rather the eulogy I never heard. The bottled letter sank, and now I know why—why? Because giving up is easier than giving in, and the water was too full of misgivings for a dream that was only a gift and never a giver.

With hope gone, only three remain: the artist, the muse, and the audience. When the time gets tough and only two survive, who will it be? The audience, certainly, but who else? An artist is better dead than useless, and a muse is better hidden than worthless. So now I have no clue where I lie; as tortured as a writer and as talentless as a muse, I know that the audience would never choose me.

So, when death sings her song, I know I won’t be on stage, and it’s a sickening denouement for everyone but the audience. On their feet, cheering, the audience screams one thing but means another, and now I know that I was never meant to be cherished.