Music inspires Athan Hillman to push through the hardships of life 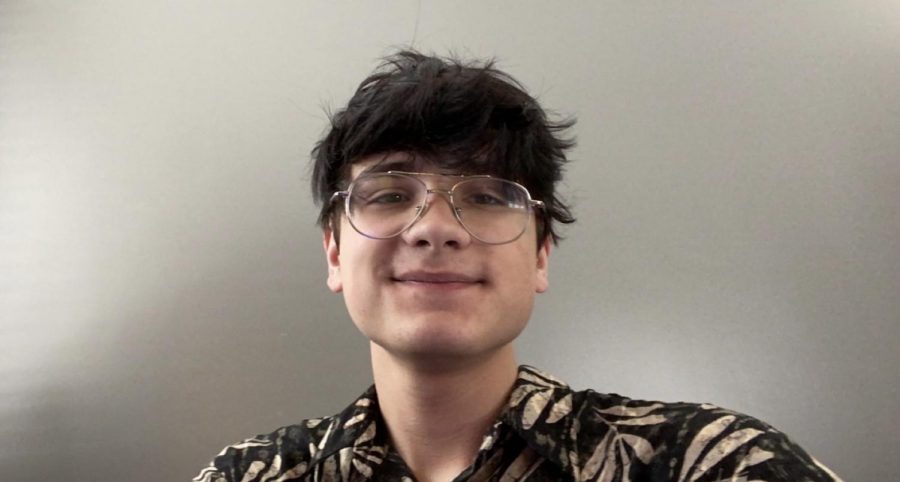 Listening to music seems to be a common trend to merely fill space throughout the day, but for sophomore Athan Hillman, music is more than just a way to fill the void.

Athan has made the most of his discovery that music is not entirely unavoidable. He recognized music should become a vital part of his life very early on in life, but his time in high school has allowed him to expand on this interest.

Athan’s musical inspirations—Dodie, Cavetown, Billie Eilish, and Lizzo being only a few examples—gave him a strong foundation to begin his musical journey, but his adoration for it grew exponentially two years ago.

“I got [my ukulele] two years ago,” Athan said, “and I’ve been playing it pretty much every day since I got it.”

Despite the unusual moments of the past year, Athan has been able to stick with his passion for the ukulele, only enhancing his fondness of music in general.

Music has helped Athan work through moments in his life where it may not have been easy to remain calm and focused. In school, he listens to music as a way to unwind from the chaos surrounding him.

“It calms me down [when] I listen to [music],” Athan said. “Like while I’m doing work, I feel like I can be more productive.”

The zen state he achieves when listening to music, however, does not stand alone in his emotions. With a portion of Athan’s playlists dedicated to calming him down, it only seems fitting that he holds playlists for those moments of pure bliss as well.

“I have multiple playlists just based on how I’m feeling,” Athan said. “It’s better for me to get in touch with my emotions, and it’s helped me with that and [how to] recognize how I’m feeling.”

It is for this very reason that Athan knew he wanted to incorporate as much music into his high school career as possible. The most obvious way to do this was simply to involve himself in some musical activities at the school: choir and theatre.

“I wanted to take choir, but I didn’t have enough room in my schedule,” Athan said. “So I asked [choir director Sean] Ivory if I could just take Central Singers and not another choir class, and he said that was okay.”

“[Central Singers] is just nice,” Athan said. “I’ve always been interested in singing, and I [sang] all throughout middle school. I kind of just missed it last year because I didn’t do any choir last year, so that’s why I wanted to do it.”

Similar to many of Central Singers’ members, Athan felt as though he could not limit his love for singing to that single class. Following in the other singer’s footsteps, Athan quickly found himself interested in the theatre program.

Athan was one of the numerous students involved in the musical last year; he, like those other students, spent weeks preparing for a show only for it to be canceled.

Despite the upset of losing all of the hard work put into the musical, Athan grew quite fond of the idea of performing.

“It was really fun, and I made a lot of friends that I wouldn’t have otherwise because they were all in different grades,” Athan said. “I want to just do it again because it was a fun experience.”

Athan intends to continue his journey through the theatre program, but he does not want to stop there. His love for music may be the only true direction he has at this moment, but Athan is hopeful for that future anyway.

“I really don’t know what I want to do after high school,” Athan said. “I just know I want it to be something musical or artsy where I’m not stuck at a desk all day.”

Athan’s devotion to music continues to motivate him every day; it gives him a better understanding of not only himself but of those around him as well. He is able to use music to connect with his friends, but he doesn’t limit himself to that. Music has shown him that there is a multitude of ways to understand people.

With everything he has learned from music and with every way he continues to connect to it, music has truly brought Athan down to earth.

“If you don’t like listening to music, I get it,” Athan said. “I think it really takes a while to find the right genre of music that you like, so you really have to look around. I don’t like reading at all, so I have to [take time to] find the perfect book, and that’s what I compare it to.”