Three fast takes from the recent week of sports 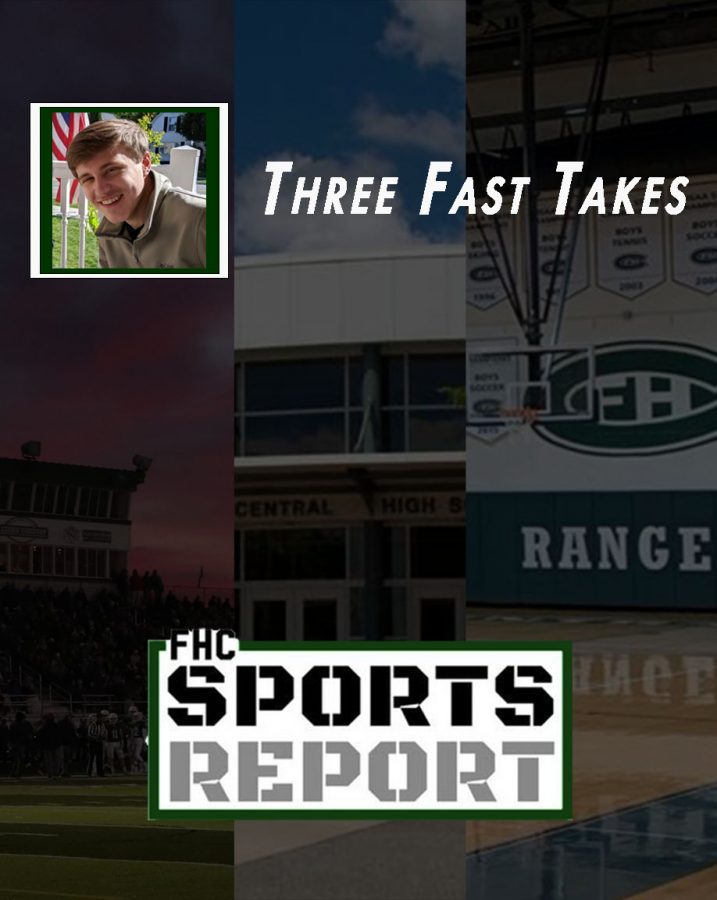 1. Craziness reigns supreme in Detroit- When Dan Campbell took his coaching language class on Duolingo, he must have failed miserably. Not that I have anything against the guy, but most coaches in the NFL don’t usually say the following: “And when you knock us down, we’re going to get up. And on the way up, we’re going to bite a kneecap off.” All I want to know is if he seriously rehearsed that in front of his bathroom mirror the day before the press conference or if he came up with it ten minutes before the press conference. Rehearsed or not, a large number of grieving Lions fans found his scattered speech to be a breath of fresh air in the Motor City. Personally, I thought his speech snatched the “F” out of the F-150 and sucked the air out of every set of Ford tires in Detroit. For the sake of Detroit, I hope that the former Lions tight end can sculpt the Lions back into their 1991 form.

2. Thanks a lot Dustin – Who would have thought that 32-year-old Dustin Poirier would force the UFC to rethink their grand plans for 2021; plans shaped around Poirier’s victim via knockout, Conor McGregor. Even though the image of Conor McGregor knocked out on the ground was alarming and surprising to most, I was even more shocked when I saw how gracious and respectful McGregor was after the heat of the fight died down; a handshake truly speaks a thousand words. In the end, it seems as if Khabib Nurmagomedov grounded Conor McGregor back to planet Earth with his deadly submission in 2018.

3. The prize is in the journey – 280 yards in the air, 3 passing touchdowns, and 3 INTERCEPTIONS. A quarterback with a stat line such as this particular one almost always walks off the field with a towel draped over their sulking head. In Tom Brady’s case, he somehow jogged off the field as smiley-faced as ever. Beyond the fact that Brady’s arsenal of weapons (Mike Evans, Chris Godwin, Antonio Brown, Cameron Brate, Scotty Miller, Tyler Johnson, and Rob Gronkowski) were heavy contributors to his success this season, you can’t turn your head away from his individual greatness this season. For the people who only looked at his stat line on Google, I recommend a quick trip to the game highlights on YouTube. You will find several plays in which he was pressured from every single angle, and you will find oodles of butter finger moments.