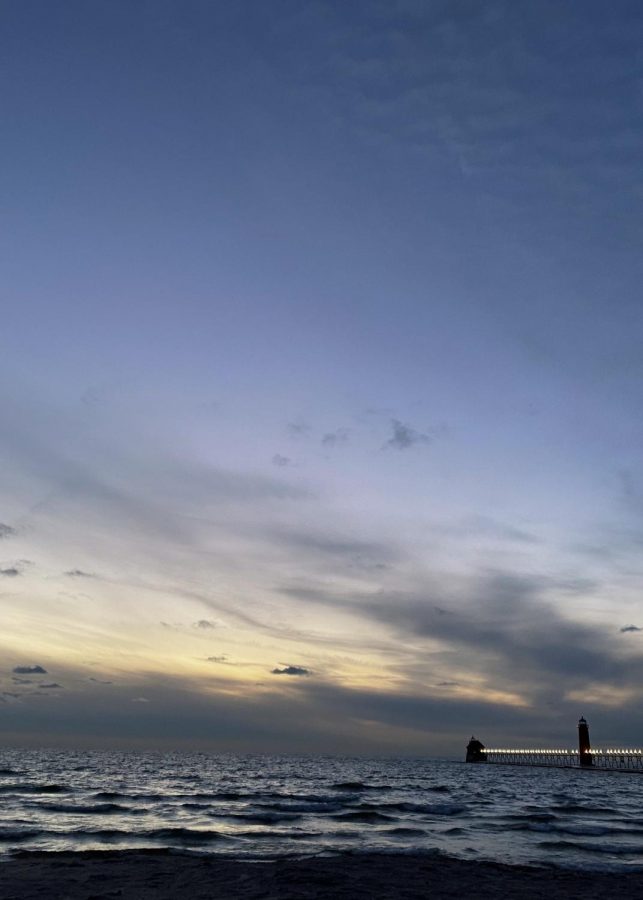 The horizon on a beach in Grand Haven, when it was too freezing cold

I guess you could say I like some of them, particularly some of the clearest ones.

The bold, definite ones that delineate the blended colors on either side,

But I detest some other lines,

the ones that the carpenter of the universe sanded down and shifted into place.

Though they may be clear,

they are maybe too precise,

—like the ones that nobody knows the origin of,

the lightly sketched plans for a ladder that

cannot be erased, that has been implemented at the dismay of those

who are trapped between the rungs

and looking through them like bars, caged in injustice.

And they are like the lines that make the boxes that hold us within them,

the ones that I am involuntarily bending and fracturing,

stretching my small form out of this box, into the next.

Then there are the lines I cannot live without

and the lines that are a part of me,

the lines that never learned to compose structure.

The lines that dot and dance across my hip,

the lines that twirl around a cluttered room of my brain,

a room full of mismatched dreams and ideations.

make the words that occupy every cranny and crevice.

And then there are the lines that if you could taste them would be bittersweet,

the blurred lines between love and humanity and hugs,

blurred like the line between the cresting, crashing waves and the murky, barely there sunset,

blurred like the line between what is and what once was,

what it felt like it could be and what it never can be,

blurred like the line between a romanticized life and reality.

And a line that’s not so blurred,

that haunts me as I try to sleep,

a line that is only blurred under the right light,

the light that illuminates the page,

but that light is off now.

So I guess you could say

I don’t have such definitive lines

about my feelings about lines.