The Sweet Boys podcast is a chaotic masterpiece 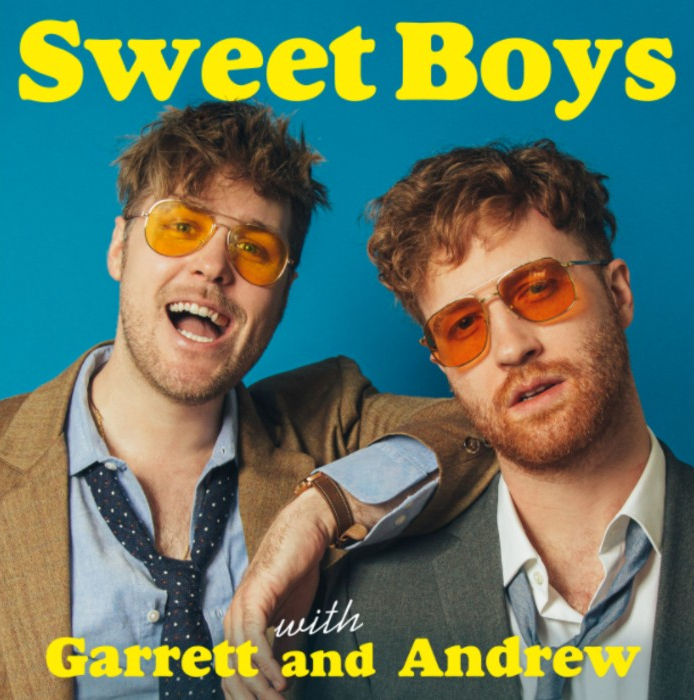 The cover for the "Sweet Boys" podcast.

I have realized that I subconsciously limit myself to only listening to music.

For countless hours, I listen to hundreds of songs. Ranging from Harry Styles to The Beach Boys or from “Today’s Hits” to “All Out 60’s,” I enjoy everything.

I do not relish the idea of change. The thought has never crossed my mind to tread the unexplored waters of my Spotify.

When my friend told me about a new podcast called Sweet Boys, I decided it was time to dive into the deep end.

Sweet Boys is a podcast made by YouTube creators Garrett Watts and Andrew Siwicki. They released their first episode on Nov. 18, 2020. Since then, they have come out with six other episodes. Being new to this show, I decided to watch their most recent episode entitled “Enough is Enough.”

The episodes range from around sixty to eighty minutes long. This podcast was the most chaotic yet comforting hour I have ever experienced.

While I was listening to Sweet Boys, I realized that there was no specific topic that Watts and Siwicki were talking about. They simply conversed about whatever came to mind. In “Enough is Enough” specifically, they talked about many different things such as their favorite shows but also shows they could never invest in. They talked about their pet peeves, memories from their childhood, and being grateful for what we have and how we don’t need to constantly long for more.

Though some people might dislike the fact that their podcasts are not very organized, I quite enjoy the chaos and can even relate to it. I often find myself being unable to stay on one topic while talking to someone, and Siwicki and Watts were doing the same thing. The podcast began with Watts doing a stereotypical “rich person” impression, and it concluded with the two of them talking about them being satisfied and thankful for what they have.

To my surprise, the chaos of Sweet Boys was comforting. I found myself being able to lay in my bed and close my eyes as I listened to them laugh and talk. Not only was this podcast calming, but it was also very comical. Watts and Siwicki had me laughing numerous times throughout the hour-long episode, whether it was a joke or simply me laughing along with them.

The quality of the Sweet Boys podcast was very clear and easy to understand. There was no static in the audio, and the volume was proficient. Whenever there were sound effects to add a dramatic moment in the episode, the volume was not overpowering to the point where their voices weren’t audible.

The photo cover for Sweet Boys is a simple hint of vintage. The color is a vivacious blue, and the title is on the top in bright yellow block letters with their names in the same font on the bottom. Watts and Siwicki are also on the cover wearing button-down shirts, blazers, loosened ties, sunglasses, and disheveled hair. The chaos of their wardrobe pairs perfectly with the chaos of their podcast.

After listening to an episode of Sweet Boys, I found myself wondering why I didn’t dive into the deep end of my Spotify sooner. The comical chaos of Sweet Boys left me satisfied and serene. After successfully piercing through the unexplored waters, I will no longer limit myself to only the shallow end.