She is looking at a sea of guiltless eyes 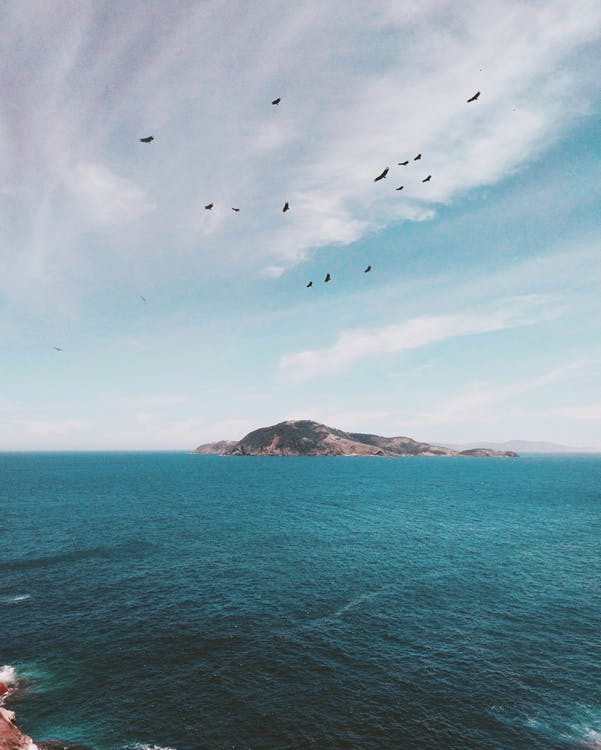 The far off island where the victim lives is a place beyond her reach.

On a faraway island, a yelp is heard.

A yelp of pain. A screech of misery. A cry for help.

Yet she can’t get to the victim.

She sits on her island, wasting away time that she could be helping the poor animal. The others with her sit with their headphones in—the noise-cancelling ones to block out any guilt that could seep into them on their time off.

She sits on the volcano at the center of the orthodox island. She sits, searching for the sound while overlooking the tanners, swimmers, and relaxers. She sits, searching for some way to help—yet nothing presents itself: no boats, no planes, no shallow waters to the faraway island. All that was in sight was the people who couldn’t be bothered to even acknowledge the shrieks.

The victim’s cries increase. Increase in volume and increase in helplessness. Whether the creature can normally cry or not, she knows there are tears flooding from it’s face. The tears are staining the feathers, skin, fur, or scales the victim has.

She feels the pain in the screech as others start to hear it through their headphones—as they start to yell at the workers to turn off that wretched sound, as they scream louder than the pain with hate-filled voices. They scream louder so they can ignore the guilt and return to their relaxing—nothing should disturb them.

She feels the salt on her face—not the salt from the ocean but from the tears she took over.

She overtook the tears of the victim; she overtook the pain it had. That was all she could do as she sat stranded on the island filled with heartless people.