Kane Brown’s song “Worship You” is an everlasting luscious melody 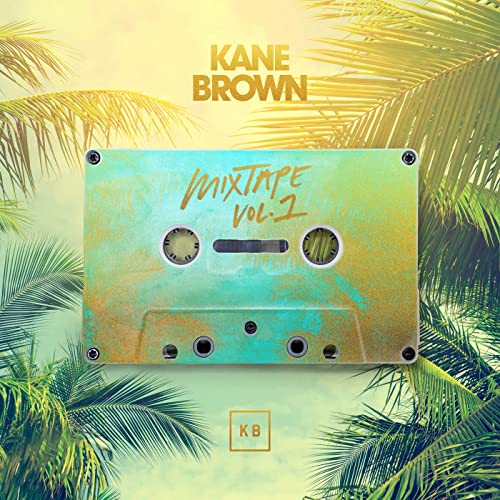 “Worship You” is yet another underrated country song by an undervalued country artist.

Country singer Kane Brown’s songs have never really been the central focus of the country industry like Morgan Wallen’s albums or Luke Combs’. Yes, Brown is well known for “What Ifs” and “One Thing Right,” yet most of the time his other significant tracks get overlooked. Brown’s songs usually hold a slower tempo while vocalizing love and adventure with a significant other, similar to the highlights of most country songs.

Personally, I have never been a fan of Brown, at least not at the beginning of his career. This changed with his album Kane Brown, released in 2017, setting the stage for his incredible career to come. In this album, the tracks “Heaven” and “What’s Mine Is Yours” set high standards for his future song releases as they were extraordinary hits and grew in popularity over the years.

While many still listen to Brown’s tracks on this album, some fans began to turn their backs on his songs. However, this changed when his new album, Experiment extended, took flight along with the singles “Cool Again” and “On Me,” which he sang with the country singer Thomas Rhett and featured pop-singer Ava Max. These two upbeat, lively songs are splendid to tune in to on a hot summer day and are far from bitter.

A few months went by, and Brown had not come out with recent releases. With there not being much to write or sing about, Brown didn’t let that stop him, and, unexpectedly, came out with a captivating single “Worship you.” Almost every year there is always that one country love song that catches your eye and makes you fall in love with life even more—this piece did exactly that.

“Worship You” is slowly becoming the “Yours” by Russell Dickerson, which is commonly played at weddings or used for slow dances. It does a tremendous job at giving happy couple vibes and illustrates Brown’s deep devotion for his significant other, Katelyn Brown, and daughter, Kingsley Brown.

Throughout the song, Brown vocalizes the love he constantly holds for his wife as well as explaining how he feels about her in a very sweet romantic way. Brown sings “Every time I see you smile, it’s like I’ve seen the light,” which shows that her smile not only makes him delighted but also is his main source of happiness.

During the three minutes and thirty-three seconds of authentic emotion towards his wife, Brown gives example after example of the things he would do to remind his wife that she is loved every day by saying, “I’m a God-fearing, Christian man,” and, later on in the verse, “Yeah, I might have to worship you,” implying that, even though he doesn’t go to church every Sunday, he would change for her.

Even though this song is not as popular right now, I can definitely see more people listening to it in the future as the new country love song. The beat, the lyrics, and the excitement the song brings are magnificent, and I could not think of a better song that would describe true love better than “Worship you.”