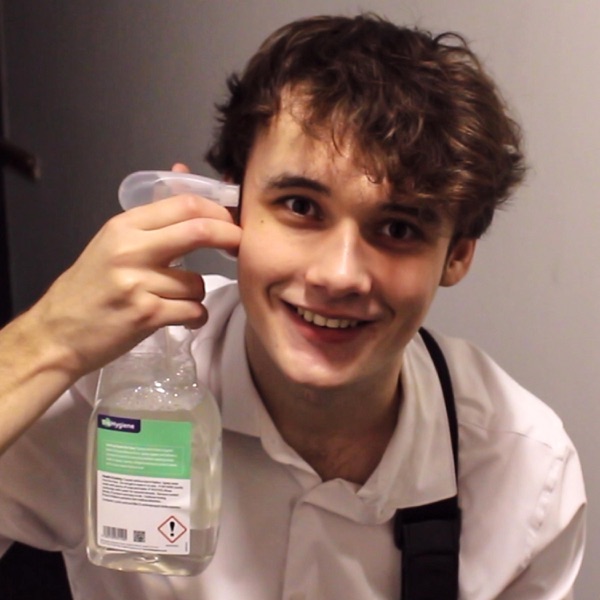 The cover picture from the single Your New Boyfriend.

The song “Your New Boyfriend” by YouTuber Wilbur Soot isn’t for everyone.

It was a comedic song that talks about his most recent breakup. It was hilarious, but at the same time, opened up my eyes to the other side of a breakup.

The way I interpret the song is Soot giving the viewpoint of a typical teenage boy—the one who isn’t always the most social and tends to play video games on a daily basis.

One of the most prominent verses in the song was “But he’s in your bed, and I’m in your Twitch chat.” Initially, I was on the floor laughing when I heard that line until I decided to start thinking about the meaning behind the lyrics.

I can’t decide if Soot is this girl’s ex-boyfriend or he’s a guy that was unknowingly friend-zoned; all I know is that it seems like he was still damaged after the girl left Soot.

Wilbur Soot hasn’t been making music that long, but from what I’ve heard, his songs seem to be mediocre. His previous career choice of being a YouTuber was most likely the way Soot had his musical breakthrough when appearing on the famous Youtuber JackSucksAtLife’s channel through a chain of mysterious videos throughout a few months.

I think that the real reason his music is so popular is his following on YouTube. I’m not saying the song was bad, but I just think that his music likely wouldn’t be as popular if he wasn’t working along with the well-known channel and runs one himself.

After that, Soot became one of JackSucksAtLife’s main editors, allowing him to be featured more on Jack’s channel. Soot soon decided to make his own channel which skyrocketed his career. Soot currently has 3.9k subscribers and counting.

The infamous girl featured in the song is none other than a Twitch streamer who has roughly 100k followers and over 38.8k subscribers on YouTube. These two tended to keep their relationship fairly private.

Just focusing on the lyrics, they were very profound. They are able to truly portray his pain even though it’s just a song. I  was able to feel the sadness he was trying to demonstrate to the listener.

As previously mentioned, this somewhat gives the listener an insight into what teenagers may go through during a breakup and the struggle of seeing the person who broke your heart move on without you. “Cause she moves on pretty bloody quick,” is just one example of the message Soot is trying to convey through his lyrics.

Even the cover picture he chose intrigued me as an audience member as I tried to comprehend why he was holding what seemed to be a spray bottle up to his temple with a smile forced on his face. It was a pretty good song; however, after all of this, I won’t be listening to it again any time soon.

Maybe one day I’ll be in the feels and need to listen to a sad song— that’s when I’ll be bringing out “Your New Boyfriend.“