She discovered everything works out in the end 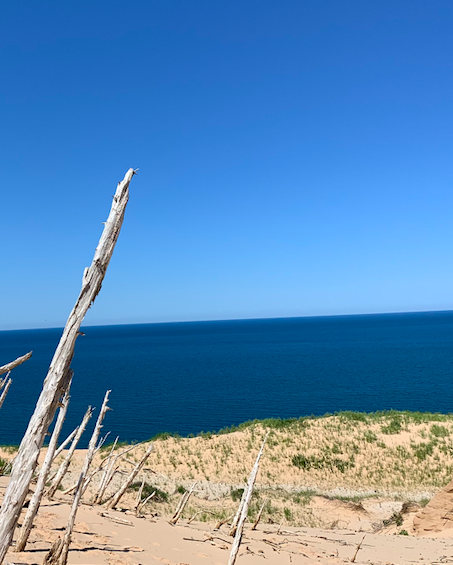 A picture I took when I was surrounded by people who made me genuinely happy.

She felt as though everything was crumbling beneath her feet.

Weights of what felt like thousands of cement blocks were pushing her further and further down. This assignment is due in two hours, another one in three hours. Every time she began to sit down, there was a more important reason to stand up—constant distraction.

Her mind was never quiet; there were always a few songs, a daily ever-growing list, and her own thoughts scrambling around trying to find a place they fit in. No matter how long her lists are, they are important, and she feels as though it is imperative to get them done.

She doesn’t go to sleep until everything is done. Some nights, she lays her head on her pillow for it to only feel like she was asleep for a few minutes. Other nights, she fails to merely close her eyes.

The next day it happens all over again. Wake up, school, homework, stress. She used to be completely filled with stress; it was all she could ever think about. It felt as though someone was grabbing a hold of her stomach and twisting it into knots.

She figured that if these burdens would finally be lifted, she could experience peace.

And somehow, they were. The burden was finally gone.

Assignments were not a burden; it didn’t matter to her if she only had an hour to do it. She finished. Checklists were constantly being checked off. The thoughts that were formerly destructive and distracting transformed into happy and nonintrusive thoughts.

She felt as though everything was going her way at last. She felt lighter; everything building up inside of her did not burst but just dissipated. She never exploded. She kept everything down and waited for it to disappear.

Some nights, she wasn’t sure it would disappear—but it did.

She was always one to cover her emotions and fake happiness. For the first time in a long time, she didn’t have to fake it. The smile on her face was genuine; the laugh projecting from her was truthful and not forced.

Who does she have to thank for this? She doesn’t know.

All she does know is that whoever changed her once despairing lifestyle to a life filled with joy and laughter is someone she is eternally grateful for.

She never believed she would get out of this hole. She felt as though she would have to isolate herself there forever, but somehow, she got out.

Somehow, somewhere, she found the end of her past journey.