A testament to Amy March 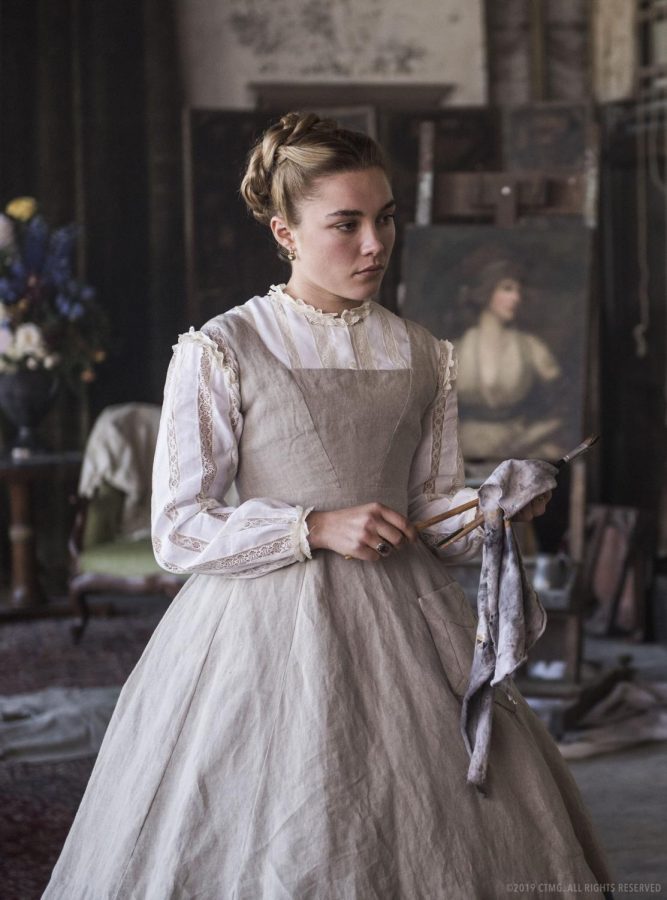 The absolute beauty that is Florence Pugh as Amy March.

The backbone of who I am as a person was crafted by the 1994 adaption of Louisa May Alcott’s Little Women.

From fallen and trodden upon trees to the back seat of my mother’s car, the lives of the March sisters have always been my ultimate guide. I can remember my early desire to be poignantly caring like Meg, quite yet mighty like Beth, and strong-willed and stubborn like Amy. However, most of all, I have always held onto the parts of myself that make me most like Josephine March.

This characteristic in me—seen in my passions for writing and the imagination—is not shocking in light of the adaption of Little Women I was raised on. While Winona Ryder’s superb portrayal of Jo will always hold a significant place in my heart, the 1994 film centers almost too much around her character’s perspective.

It sounds ridiculous to say, seeing as Alcott’s novel was published in the mid-1800s, but there are some major Little Women spoilers ahead.

Now that’s out of the way, the first time we meet the March sisters and their surrounding characters, we are introduced to them through the eyes of Jo. In Paris, Amy and her escapades make up a fraction of the film, same with Beth’s illness and Meg’s marriage to John Brooke that is simultaneously occurring back in Concord.

This movie managed to shift the crux of Little Women upon Jo, and while I will never renege on my adoration for this adaption, it makes sense that most fans of it often snub Amy March the right to a proper character arch.

Amy, the youngest March sister, is one of those literary individuals who is either positively revered or plainly despised. From her stealing and burning of Jo’s book during childhood to how she swoops in and takes the Europe trip, and subsequently Theodore Laurence, from her sister, people have assertedly strong opinions about Amy.

And I, shockingly, used to feel the same way. It was easy for my naive self to be angry with her character and the ways she supposedly wronged Jo.

However, with the announcement and release of Greta Gerwig’s 2019 adaption of Little Women, I found myself slowly shifting into a love for Amy—whether that be because of the writing or simply because Florence Pugh portrays her.

This is not only a testament to but a defense of Amy March, and I understand entirely how unpopular that may be.

The first offense that many people pin upon her character is that she stole Jo’s novel and destroyed it when the elder sisters refused to take her to a play. While Amy made a mistake in taking this action, she cannot be held accountable for something she did within the first few chapters of a 777-page book. On top of this, Amy was a mere 12 years old when she burnt the book, and it is ridiculous for people to be angered over something a fictional persona did when she was still a child.

Progressing deeper into the plot, Amy’s character eventually travels to Paris with the sisters’ Aunt March. This was a trip that Jo was initially supposed to take before Amy took over as their aunt’s companion, and it is one of the largest pawns that haters play against Amy.

Yet if one were to simply pay attention to the events that occur in Paris—specifically how they are portrayed in the 2019 version—it would be evident that Jo would have abhorred the trip. The only reason Aunt March wanted one of the girls to go with her was to find them a husband, preferably a wealthy one that could provide a suitable lifestyle. While Jo’s only real desire in life is the freedom to write and speak her mind, Amy talks from the beginning of the film and novel about her everlasting assurance of marrying rich.

Although the trip only brings her back to Laurie, whom she has known her entire life, we see the way Aunt March repeatedly snuffs out Amy’s painting career in an attempt to betroth her; Jo would have wanted nothing to do with this plot.

Lastly, many people despise Amy for the way she “steals” Laurie from Jo. It is my opinion that, despite her motives towards a lack of loneliness near the end of the film, Jo never intended to marry her childhood best friend.

Laurie befriends Jo near the beginning of the book, and she comes to be someone he would give up anything to please. However, he never truly adapts a knack for a particular trade. We see his character bud into adulthood only to realize that his pillar of growth has led him to a crossroads. He does not want to return to his grandfather, but Paris provides nothing for him besides indulgent pleasantries.

Parallel to this plotline, Jo is living in New York City as she slowly realizes that writing about realms of childhood fantasy will gain her zero traction in the real world. Like Teddy (Laurie), she is at a fork in the road, one that she is profoundly reckoning with.

So it is no coincidence that, in this moment of confusion between two of the main character, Alcott introduces Friedrich Bhaer into Josephine’s life, and Amy walks back into Laurie’s. Neither childhood friend could push the other towards greatness, but Amy could most certainly hold Laurie accountable for making something of himself.

From the warm veil of childhood into the bright and terrifying world of adulthood, Amy March has shaped the backbone of who I am today. From a stubborn will to a passion for her promises, I believe the hatred her character receives to be completely unfounded.

Because, as Jo quotes near the end of the film, “Life is too short to be angry at one’s sisters.”