Finding ‘Ohana left me both nostalgic and bored 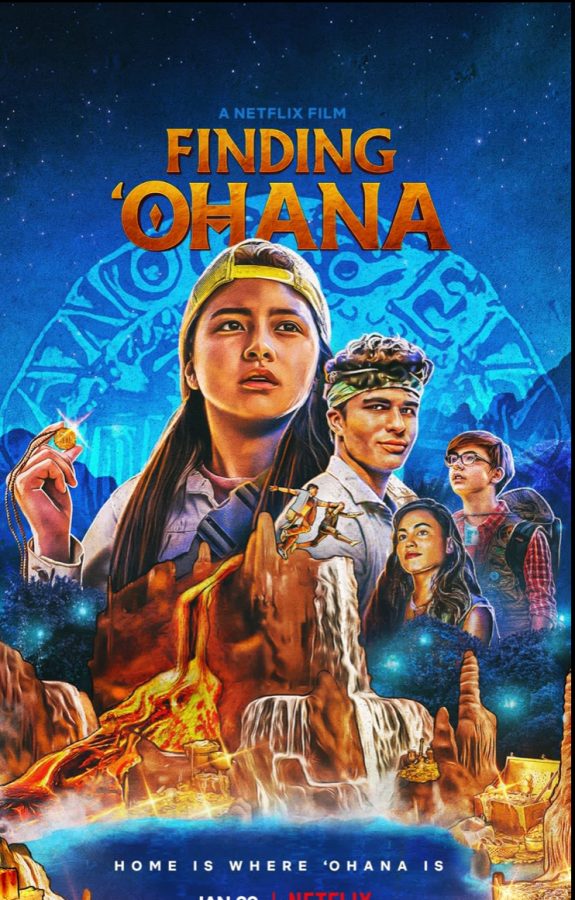 As a kid, Disney Channel movies were my favorite. Now, I have found them to be comfort movies or just easy to follow movies while I do something else. The films typically have eerily similar plots and characters.

Finding ‘Ohana reminded me of that type of movie.

Finding ‘Ohana follows the story of Hawaii-born and Brooklyn-raised siblings Pili (Kea Peahu) and Ioane (Alex Aiono), who is also simply called “E.” Pili and Ioane, along with their mother Leilani (Kelly Hu), are spending their summer vacation in rural O’ahu after their grandfather, Kimo (Branscombe Richmond), has a heart attack. Pili has to give up a geocaching camp in order to be with her family.

The movie starts out with Pili and a friend on an advanced scavenger hunt to win a contest. This contest would give them passes to a geocaching summer camp. As most Disney channel-esque movies would go, they win, and then the camera cuts to the main character—Pili—in some remote place where they were forced to reconnect with their roots.

Naturally, Pili finds an ancient journal passed down through generations of her family that leads her on a treasure hunt. Pili is joined on her hunt by Ioane, neighbor Casper (Owen Vaccaro), and his sister Hana (Lindsay Watson). Their path is filled with danger and teamwork.

Honestly, I am not sure how Finding ‘Ohana makes me feel. I feel comforted and nostalgic, yet at the same time, I hate it. The plot is easily predictable and similar to many movies I have watched: a kid wins a contest, a family has a death or medical issue, the family must relocate, the older brother falls in love, and there is some sort of quest.

If I hadn’t seen so many almost identical movies, I may have enjoyed watching Finding ‘Ohana.

Somehow, Finding ‘Ohana has a nice message within its mediocre walls. Ohana means family—if that was somehow skipped over from Lilo and Stitch impressions. Finding ‘Ohana is about finding family and connecting with them in a sense. Pili, Leilani, and Ioane are forced to spend a summer in O’ahu after Kimo has a heart attack. This forces them to be together, seeing as they have no friends on the island. The circumstances Pili and Ioane face on their quest also enforces this.

There are parts of Finding ‘Ohana that I enjoyed, but there are also parts that I wasn’t as enthused about. It seems like a movie that would be watched when I am babysitting or just as an easy-to-follow movie for when I don’t feel like watching something I have to pay attention to in order to know what is happening.