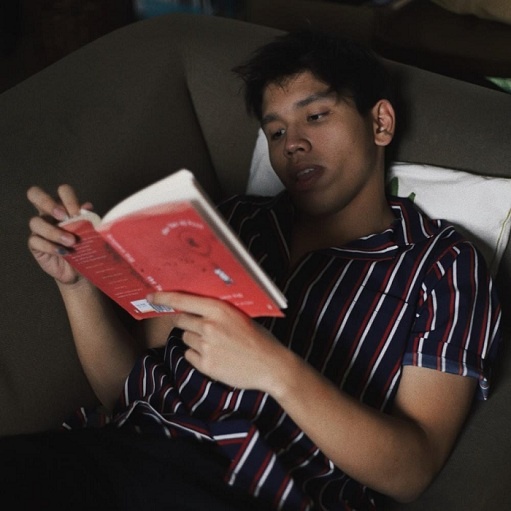 Clinton Kane started his career a little less than a year ago, and little did he know that his first single would gain millions of streams. While he only has a few songs released, he has gained an immense following.

Kane—a singer who manages to incorporate pop, soul, and indie into his songs—came out from the shadows about a year ago and just now released his newest single “Chicken Tendies,” which already has rave reviews.

Last Friday, around midnight, Kane dropped his fourth solo single; his fans have already flooded the comments on his YouTube video with positive affirmations of how much they adore this song and that it has been on repeat since the moment it was released.

I couldn’t agree more with his devoted listeners.

The day “Chicken Tendies” was released, one of my friends pushed me to listen to the song. I was somewhat hesitant at first because the name gave me a false idea of what the song would be about; I thought it was a parody of some sort. I listened to it anyways, and as soon as I did, I was captivated by it—and it seems others were too. In the first five minutes of being out, the song gained around sixty thousand streams.

The song is all about a beloved past relationship that eventually came to an end; Kane gives his best wishes to the next relationship she is in, hoping that she is treated better than he could treat her.

From the very beginning, it is clear that Kane holds whomever the song is about exceptionally close to his heart as he sings “I hope he treats you better than I ever could, ‘cause you deserve the world times two.” He makes sure she knows that even if he isn’t the one she chooses, he still wishes the best for her.

Only a few seconds later, the meaning behind the comical title proves itself to be rather nostalgic. Kane reminisces on the small moments they shared together, one being him cooking her favorite food: chicken tendies.

This song is incredibly captivating; it made me feel like I was not only listening to it through my computer but like I was there a few feet away from him and listening to him talk about the many memories the two have together. When the song ended, I found myself acquiring goosebumps up and down my arms, and my finger went straight to the replay button.

Although I started the song thinking it was not going to meet any of my expectations, I found myself adoring the mix between the sad and sweet tone of the song.

Through the three minutes of listening to the song, I was already looking forward to pressing replay, and even after that, I found myself searching for “Clinton Kane” on all of my social medias.

I am always looking for new artists to call my favorite, and I can easily say that, even though I have only heard of Kane for a few days, he has easily become one of my favorite artists, and “Chicken Tendies” has already been on repeat since the first time I heard it.