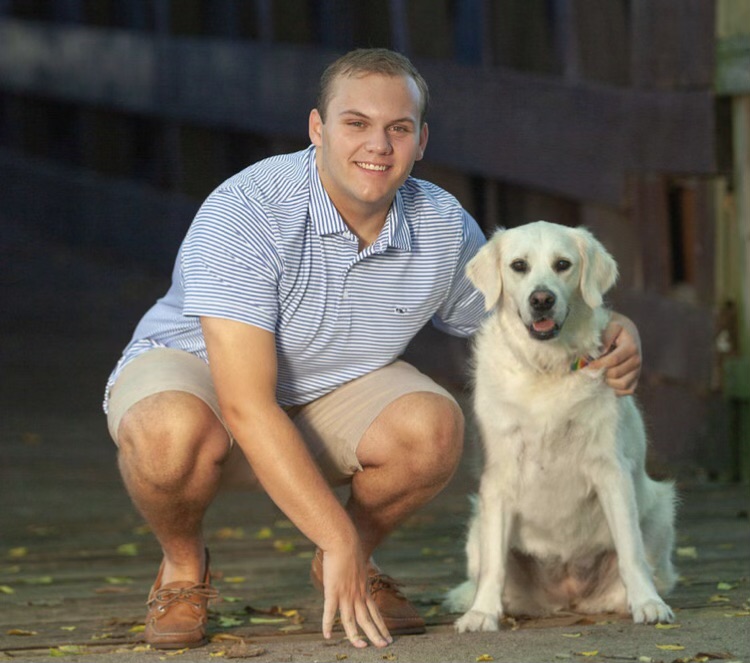 Sam Touri and his dog, Millie

1. What was your reaction when finding out about your nomination?

”I was very honored and surprised just to know that my classmates think highly of me like that, and to vote me onto Winterfest court was really a great achievement for me. I’m really proud of it.”

2. What is your favorite Winterfest activity and why?

”That’s a tough one. I think all the dances have been really cool in the past—the dances that Winterfest court has done. Obviously, it’s going to be a little bit different with us, but hopefully, we can still make it really good because [the lipsyncs] are always the highlight of Winterfest week.”

“I think I was nominated because I strive to be really kind to other people, and I’m a very outgoing person, so I know a lot of people by virtue of just always being out of my comfort zone and always trying to talk to different people. I think people think of me as a really genuine and nice guy, and that’s why I think I was nominated.”

4. Who wasn’t nominated for court who you would choose and why?

”[Senior] Grace Pennington because she is probably the nicest person I’ve ever met in my life, and she’s always super kind to every single person, and she’s a very outgoing girl and is really, really awesome and nice.”

5. If you could only listen to one song for the rest of your life, what would it be and why?

“Probably ‘More Than My Hometown’ by Morgan Wallen because I’m at a point in my life where I think about not being in Forest Hills anymore and not living [here] anymore, and [Wallen] is talking about how he can’t love a girl more than he loves his hometown. I love Forest Hills, and it’s been an awesome place to grow up.”

“Literally a 2/10 because I don’t have snow tires, and my car is very low to the ground and has zero traction. I get stuck probably three times a week in the snow.”

“My nickname is ‘Blur’ or ‘Big Blur.’ I was always just called ‘Big Tour’ because it’s the start of my last name—Tuori—and then one day, [graduated senior] Mitch Wilkinson and I were sitting there before a basketball game, and he goes ‘Big Tour, more like ‘Big Blur,’’ and ‘Blur’ just stuck from there, and everyone loves it. I would like to say it’s taken on a life of its own as ‘Blur’ itself.”