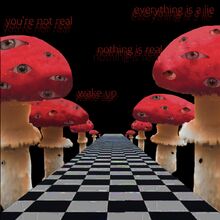 The derealization effects from video games cause a detachment to reality

A new video game came out with an average rating of 5/5 stars. It sounds interesting, right? From the looks of it, the game is harmless and non-violent. With problems like brutality out of the picture, many would assume that playing video games is innocuous, but in reality, the effects they cause can destroy mental emotions.

Depersonalization is the feeling of perceiving or observing oneself outside of their surroundings. This can come with feeling detached from reality. Derealization, similarly, is the detachment to the environment or objects around. Both (known as DD) can be felt as if you’re living through a simulation and have been linked to dissociation.

With effects such as seeing yourself out of your own body, feeling unreal, or becoming disconnected from the world around you, video games just might be another cause to trigger these experiences.

Through gaming, long periods of staring at a screen playing through a character can stimulate this disorder and may leave players feeling detached from themselves.

A study performed by the National Reference Laboratory for Non-Ionizing Radiation with electromagnetic hypersensitivity or EHS has shown it can cause symptoms such as headaches, fatigue, or stress. Technology that uses electromagnetic field (EMF) sources such as televisions, portable devices, and even high voltage power lines have possible risk factors with EMF emissions (NRLNIR 1).

“These same EMFs cause adrenal glands to secrete adrenaline and cortisol, two anxiety and depersonalization-related hormones which wreak havoc on every part of the central nervous system,” (Dr. R.E. Freedman).

In interactive simulation games such as Superliminal, The Stanley Parable, Antichamber, etc, becoming detached from emotions and distorting your view on reality is becoming more and more common. According to the Ann Gen Psychiatry, 30% of triggers happen through role-playing games along with another 26% coming from flash-games (Department of Education Science Italy).

This ties back to the exposure to EMFs. As many screens refresh at 60Hz/s, it creates a flickering effect to cue the brain to release cortisol. While it still hasn’t been tested, studies from Simeon and Abugel—authors of a book investigating these—have shown that people are more vulnerable to perceptual overstimulation.

As technology and games begin to develop, the reality of the games has become more widespread. Becoming more emotionally attached to the game being played rather than the life being lived can also cause these mental blocks.

The game Superliminal follows a series of puzzles created to leave what looks like a backstage set. This is a loop of constant optical illusions and forced perspective as well as a recurring dream cycle. This concept allows the brain to feel a sort of relaxing confusion that could ultimately trigger an episode of derealization or depersonalization.

Even without video games, many people can experience disconnected events from their life, but small percentages are known to have the disorder. Derealization or depersonalization can also be caused by stress, anxiety, or other dissociative orders. Other forms of mental health issues linked to DD such as seizures or dementia can be critical and permanently affect the health of a person.

Another connection made by a Neuroanthropology seminar has shown that absorption through video games will detach people from the reality around them, thus causing a derealization or depersonalization episode. Following this, the act of playing video games from the start releases a form of dopamine to the brain to show happy emotions while playing games. These are good feel-good emotions that can serve as stress relievers (Jeffery G. Snodgrass).

In an experiment done by the researchers of Snodgrass and friends, patients were tested by playing World of Warcraft then having their answers being recorded. In the study, they found, “Two-thirds said that losing track of time was also common, but that the virtual world of WoW felt real to them. In fact, many believe that the happenings in this fictional world were more memorable than events in their actual lives. Some even feel as though they truly are their characters,” (Jeffery G. Snodgrass).

While playing video games is an enjoyable way to relax and have fun, if a person knows they are susceptible to experiencing moments of derealization or depersonalization for certain games, it would be best to choose a different style of game.