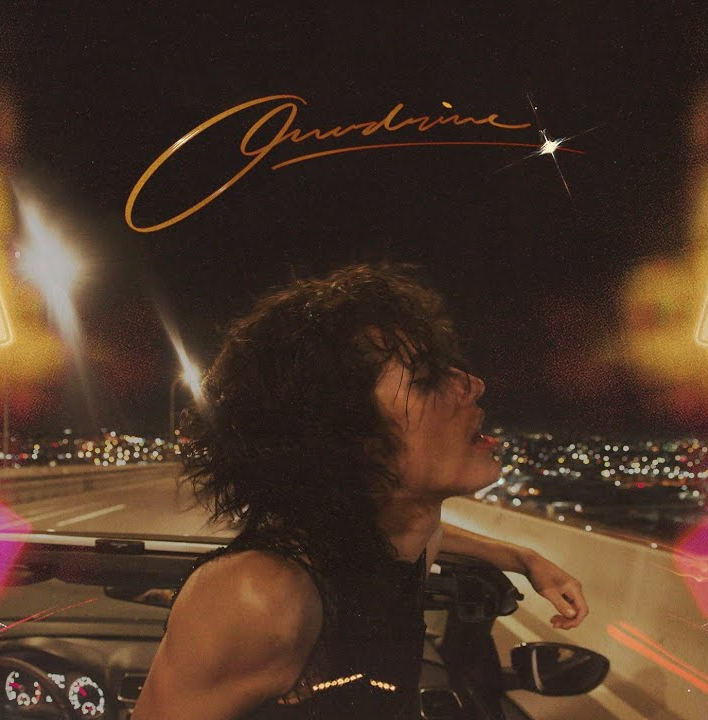 The cover for "Overdrive" by Conan Gray perfectly fits the aesthetic of the song.

One of my smaller goals in life—and one that is only exciting to me—is to make a playlist that is at least twenty-four hours long.

Currently, my longest playlist goes for nine hours and fifty-three minutes, and it is entitled “The Vivacious Chaos of my Music Taste.”

Whether I heard a song on TikTok that caught my attention or was listening to the “Release Radar” on Spotify, I constantly find myself adding songs to the chaos that I listen to each day. In this case, one of my favorite artists, Conan Gray, just released a new song, and it was time to see if it was worthy of a place on my playlist.

“Overdrive” came out on February 18 of this year. From the very beginning, I knew that I was going to enjoy this song.  Its musicality combined with Gray’s voice gives off ethereal and energetic vibes. The song as a whole is euphoric, lifting up my mood instantly. Gray’s voice did not sound auto-tuned—I have always thought that auto-tune ruins a song—and the instrumental factors of the song were not too loud and overpowering, making his voice crisp and clear.

Creating an exciting song like “Overdrive” was Gray’s overall goal. He said to Apple Music, “I wrote ‘Overdrive’ to escape reality. I’ve spent the entire past year moping around alone in my house. I wanted to make something to get me to dance, something to belt in the shower.”

And that’s exactly what he did.

After listening to “Overdrive” multiple times and intently studying the lyrics, I have come to an understanding of what the song depicts. Gray is talking about how he met a random person and has begun to develop a crush on them. Even though he just met this person, Gray is willing to go out and have the time of his life.

In “Overdrive,” Gray sings, “Yeah, I know you’re a stranger, but I like the danger of the ‘I don’t know’… throw the dice on the table and just let ‘em roll.” This was basically Gray saying that he doesn’t care that they just met as he is in for a good time. The lyrics pair perfectly with the musicality of the song.

“Overdrive” makes me feel very carefree and happy. The tone of how Gray sings the song along with the instrumental factors give off positive energy and a lesson on how it is okay to go out and live life on the wild side every once in a while.

Many of Gray’s other songs like “The Story,” “The Cut That Always Bleeds,” and “Comfort Crowd” are much more mellow. It was exciting for me to hear something new of his that was not the same style as the rest of his music.

Within seconds, “Overdrive” passed the test of making it onto “The Vivacious Chaos of my Music Taste.” Its exultant and joyous energy fits perfectly into the pandemonium of my playlist.

Not only did “Overdrive” earn a spot on my playlist, but it has also created an everlasting impression on me, one that I’ll continue to relive every time I press play.