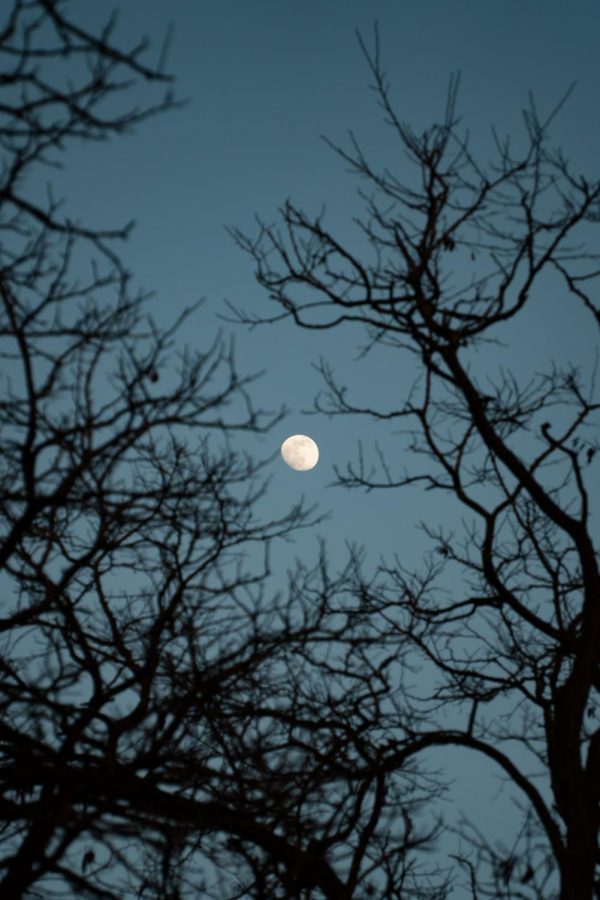 Months of decay dripped off me like tears down my cheeks,

and it seemed the air was breathing me in too.

Swept off my feet by the watercolor nights,

the moon seemed to hang a little lower.

Beckoned by my loneliness, she arrived with grace

and stayed through my fulfillment.

It was a spring of loneliness, the way they always are,

but this was a spring of happiness—one that’s never been.

even though I knew it would break my heart.

Abandoned by certainty, it was a spring of questions;

it was a spring of why’s with hopeful answers.

Stubbornly, the snow evaded the sun and served as a reminder

that the cold lingers alongside the still-dim sky.

Despite the haze, a glow shimmered in the soon-to-be-filled absence:

Weak as a flickering candle, it was bright but only by comparison,

and I wondered where it would be, where I would be, in just one week’s time.

The cardinals sang, and I breathed with them,

Though, through the bright music, I could still hear winter whispering to me,

saying the words I thought I left in February.

Now, the moon starts to distance herself,

the way it does when the night stops being new,

and the colors of the watercolor night have begun to mix,

bleeding into each other and creating a muddy blackness.

I’m sat in my car suspended in the quiet darkness,

and I’m reminded that night feels the same in spring as it does in winter.

As I keep driving I have to keep asking myself

if I’m trying to outrun winter or spring.

But when the car door finally opens,

my feet hit the ground as realization ricochets in my heart.

in the numbness between winter and spring.