The divine being has cloistered the rain 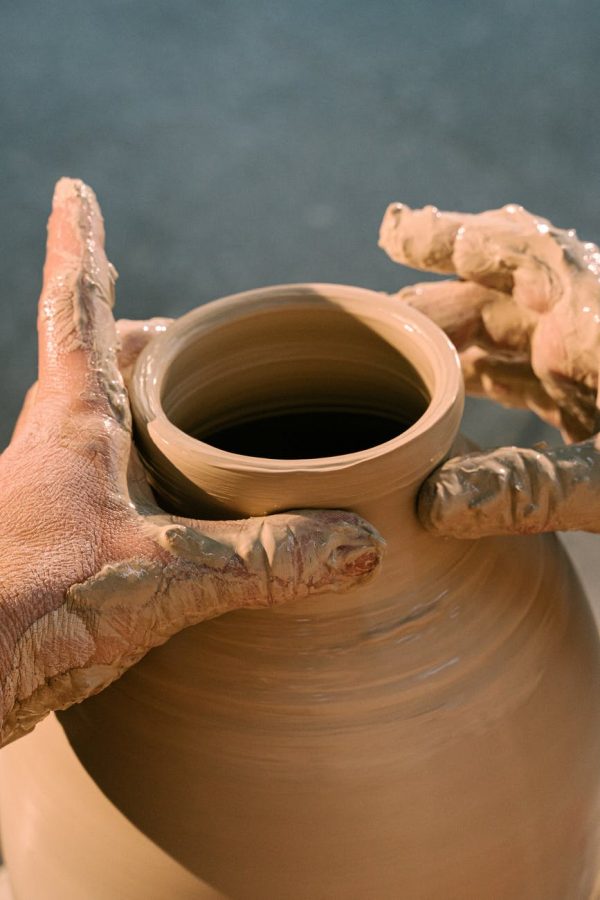 The jar balances on a shelf below the window, shrouded by the sunlight on the best days, a constant in the ever-changing room. It’s painted in landscapes, in the scenery from dreams, in delicate curves that mean things.

The jar used to hold all the water she needed, enough to sustain her and enough to sustain the garden around the house. And when it ran out, she could step outside the door and hold the pot up, allowing the rain to fill it.

But one day, a day she can’t remember, the rain stopped falling. She stepped outside her door to fill the pot with barely a drop falling.

So she waited. She sat inside, and watched the garden die outside her home, felt her own throat become parched, and right before death, the rain fell again.

She dashed outside, jar in hand, and with her remaining shreds of strength, let the rain fill the pot. But they fell only briefly, for barely long enough to fill the jar, and then they quickly retreated.

She stumbled back inside, with a jar-full of water, and when she placed it back on the shelf, she was paralyzed by the fear of running out again.

But she’d never been very good at saving, simply ask her bank account or her car’s gas tank, so before the next rain, the pot had run dry again.

Her garden had just begun healing, the desaturated colors coming to life once more. And her own soul had only just begun to mend, its thin fractures filling with rivulets of rain. But the empty pot promised storms, and she feared the rains wouldn’t fall and save her this time, couldn’t bank her trust on that. So she carefully packed the pot into a bag and began her journey to the nearest stream.

But her strength wavered as she ventured further from home, and as she drained the last of the water from the jar, the stream was just out of sight. She wouldn’t make it and once again found herself breaking, this time on the cracked and arid land, waiting for the rain to deem her worthy of life.

And she cried out for them, wondered why they wouldn’t fall, prayed to and cursed whatever being held those sacred promises in her divine hands. She hugged the jar to her chest, achingly recalling the days when the rain fell without a second thought.

When the rains fell again, she desperately opened her mouth to the skies, let it fill her soul, let it fill her jar. And then she went back home. She watered the garden, and she waited to run out of water again.

Or until the rain started falling again.