I am enduring a farewell with the warmest welcome 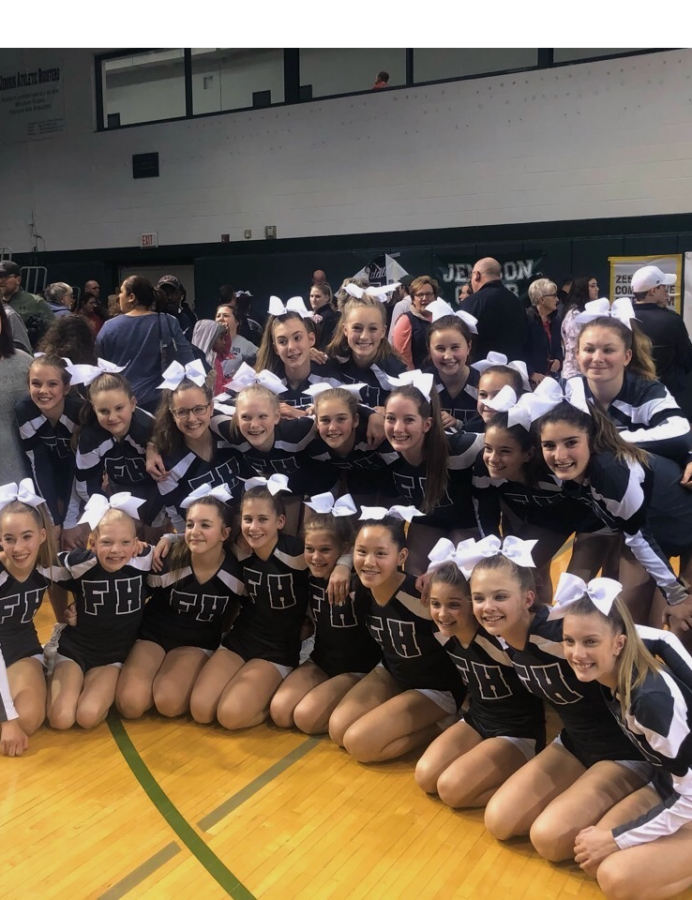 The first competition of my eighth grade cheer season. What an amazing group that I'm so very proud of.

It’s our last week together before our bonds fade to gray. The end of a season might just be the “end of the season” for some, but my attachment settles in quickly.

When we lose our sanity this Saturday an hour and a half from a place we call “home,” that will be the end of my third competitive cheer season and likely my last.

When I first joined in seventh grade, I thought it would be a permanent replacement for dance. The drops of passion and love for dance evaporated a few years ago, but the residue it left still lingers. Sometimes I miss it, but cheer is where it’s at in terms of my happiness and productivity.

We had formed a strong friendship. We had won first-place many times. We were all there for each other through tough practices. We made silly memories at competitions like mini bagel mornings—nothing beats mini bagel mornings—and the time my dad kept inheriting a styrofoam cooler, as a joke of course.

The season flew by per usual, and saying goodbye was the hardest. I still have the rose that was awarded to the eighth graders; it served as a “thank you” for our hard-working mindset and fierce ambitions and also as a reminder of a successful season for when we advanced onto varsity our freshman year.

This year, our season started late and was incredibly limited. No more mini bagel mornings and loud, crowded gymnasiums at high schools whose name I haven’t heard before. No more huddling and holding—squeezing—pinkies while the announcers broke their painful silence.

Although it sucks seeing a season be spent worrying about “who quarantined who” and the mandates and limitations, I realize it has to be done. Plus, I’d rather everyone be safe and healthy than sorry.

In spite of the anticlimactic competitive cheer season, I think this will mark the end of an era for me.

Though it might not be the end of the road, I do want to venture out of my safe space in which I call “cheer practice.” It’s a fun sport, and the energy gets my adrenaline pumping, but I need a break. I need a break to break away from my shell before it breaks under pressure.

Cheer has been great to me for four solid years, but now it’s time that I step down for now and let my thoughts collect.