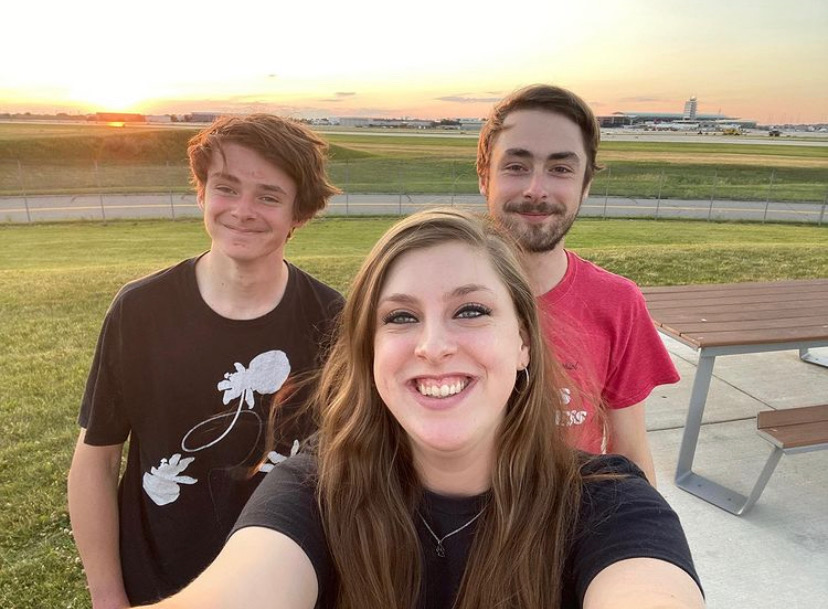 Ryan Turley smiling for the camera with his two older siblings

Junior Ryan Turley is currently working on developing a program similar to J.A.R.V.I.S from Iron Man.

While his creation may not be as technologically advanced as the computer system in the movie, he is creating software that, when he walks into his room, turns on the lights as a response to him saying “turn the lights on.”

Since the beginning of this year, Ryan has taken part in the digital innovation and programming KCTC program. Although he had never taken a class similar to this, when he saw the opportunity, he took it without hesitation.

“[KCTC has] a lot of people that come every year,” Ryan said. “And when I saw the game design course, it sparked my attention. They gave us a bunch of programs that you can take there, and I saw that as an option, looked it up, and I was hooked. I thought it was a really good idea and that it would be fun.”

While Ryan is somewhat of a beginner at computer programming, he has always had a particular interest in building.

“Last summer, I started building an electric bike,” Ryan said. “I took your standard mountain bike [and] a couple of big car batteries and put them on the back of it. I also got a vacuum motor and a chain to connect to the back wheel.”

The KCTC course is more focused on the computer and digital aspects of building things, but he had previous background knowledge from his brother about robotics, which made him push himself to take a new direction and sign up for the course.

Ryan was a bit nervous about attending a new school, but he quickly found comfort in knowing everyone was in the same boat, and he ended up making friends rather quickly; he even found that through this class he is able to explore new career paths.

“It was kind of nice to remember that everyone’s [at KCTC] for kind of the same reasons,” Ryan said. “I saw this and found it interesting, so very quickly you find other people that you can talk to and relate to and have good times. I’ve got these two really great friends there that I love seeing every day. We laugh all the time; it’s such a good place. As far as the content of what we’re learning, I’ve always found it interesting, and I’ve always kind of wanted to go into something computer-science-related.”

Whether it be creating video games for future generations or developing useful software for companies, Ryan can see himself in a myriad of different computer science careers.

“I think what really attracted me to game design is I know [that] growing up, games were kind of a way for me to escape,” Ryan said. “And it was a fairly healthy way. I could provide that for younger generations, and they can have that as an alternative way of coping versus other unhealthy options and provide kind of an oasis for kids.”

Thanks to his experiences in life, Ryan has found KCTC to be the center of his growth. Every aspect of the digital innovation and programming class has allowed him to pursue his passions.

“It’s what I mean when I say I like it whenever I get time to breathe,” Ryan said. “I feel like that’s when I can really breathe. It’s something I enjoy doing, and I feel like I’m getting somewhere with my life. I feel like it’s not a waste of time—not to say that school is a waste of time—but I feel happier when I’m doing this.”