The newly founded eSports club functions without a glitch 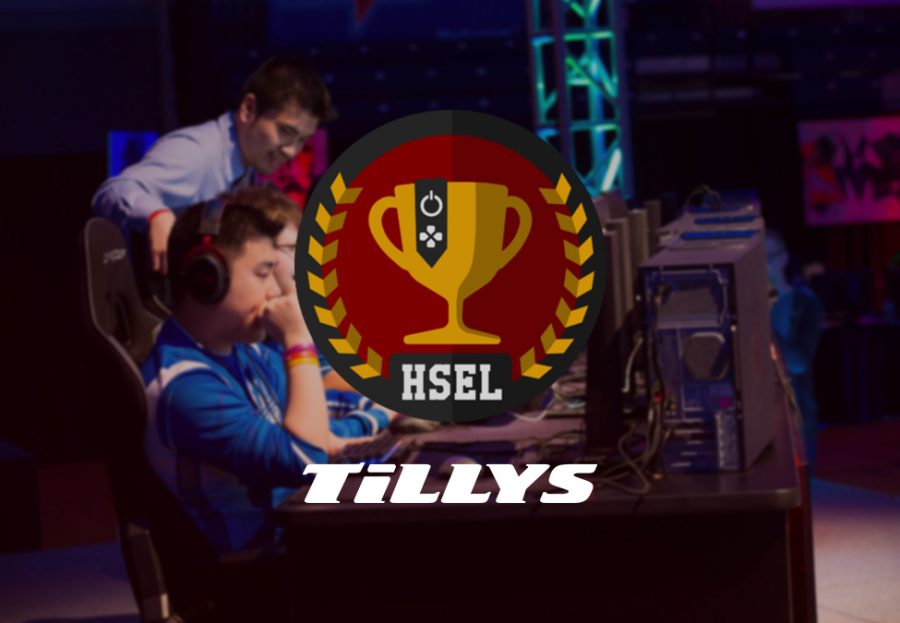 When long-time eSports lover—science teacher Joey Spadafore—was approached by a few eager freshmen students earlier this semester, he never thought a club dedicated to virtual gaming could form so quickly.

Right away, Spadafore knew exactly who he would contact to be a co-team manager and lead this club to victory: fellow science teacher Jason Colegrove.

“Mr. Colegrove and I both share the role of organizing students, creating rosters, and making sure that everyone is placed appropriately for the tournament,” Spadafore said.

With both Spadafore’s and Colegrove’s specialties, they have already recruited up to twenty members—all with a shared adoration for gaming.

Freshman James Stroburg—a lover of the game Valorant—who came up with the club idea, got his inspiration from social media.

“When I was on Instagram,” James said, “I saw an ad for a high school eSports league, so I presented it to some friends and told some teachers, and it basically took off.”

Video games have been a hobby of James’ for some time now, so when he saw the perfect opportunity to put his skills to the test, he took action.

With this mindset in play, James immediately reached out to freshman Zackary Race—a hardcore player of Fortnite, Apex Legends, Minecraft, and Rocket League—for some help.

“My friends, James and [freshman] Owen Milanowski, texted me and said, ‘hey, you want to help create an eSports club,’” Zackary said. “And for sure, I said yes because I love video games. So ever since that day, we’ve prepared stuff and [have] worked hard on it.”

Zackary’s passion for eSports has been alive for years now, but he began recognizing the competitive side of himself just last year.

“When I was in 8th grade,” Zackary said, “I started getting more competitive in my games and training. So then, I would think to myself [that] if I work hard enough, I can get on a very popular eSports team.”

However, Zackary could never have been recruited to a club devoted to eSports without a couple of authoritative figures making it official.

“[Spadafore and Colegrove] enjoy video games [too],” Zackary said, “and I have gained a big friendship and trust with Mr. Spadafore. The day we asked, he just had to make sure nothing of Science Olympiad was intervening, so he joined and as [did] Mr. Colegrove.”

As of now, the eSports club team meetings are inconsistent due to COVID-19; however, this isn’t stopping the club’s strive for success.

“Usually, when the season starts, things are pretty straightforward,” Spadafore said. “At the start of the season, we will hold a few meetings for interested students to ask questions and think about what game they might want to participate in and who their teammates might be.”

Despite Spadafore’s love for eSports, he is still getting into the swing of things when it comes to the club.

All he knows is that he’s confident in all of the triumph that the students of the eSports club will have by the end of the season.

One goal in particular that the eSports club is working towards is the Spring Major Tournament. This tournament allows students from all different schools to face off in any game until a winner prevails.

Aside from the Spring Major, the eSports club additionally participates in a program known as the High School Esports League (HSEL). This program allows students scattered all over the globe to virtually compete head-to-head in various eSports games, and Zackary appreciates the civil yet intense aspect of HSEL.

“It gives kids the chance to play games with friends and sometimes, people they don’t know, and I think that is a good way to gain friendship,” Zackary said. “We also get to learn skills that can help us in the real world, such as hand-eye coordination, reflexes, [and] mind memory. We [are] striving for a good year, and we wish to keep continuing this.”

Even though the eSports club was founded in an unprecedented season, all members are being optimistic because after all, it’s all about having virtual pleasure and competing through a screen.

eSports are not to be underrated. Although it may not be physical activity, the competitive and skillful aspect of the many gaming categories included takes talent. Spadafore strongly believes in this theory, and he is confident that teamwork will take them all the way.

“I am excited about eSports because it allows students to compete together on a team that can work together to achieve something great,” Spadafore said. “It’s a cool opportunity for even more of our students to represent their school in a positive way. It takes just as much teamwork, coordination, and practice as many other traditional sports.”

Goals are a critical component to being victorious in the eSports league; working towards something—whether grouped or individually—is vital for improvement. For Zackary, in order to achieve his personal goals, he abides by a single phrase that encourages him to stay afloat for his life of eSports.

“[My goal is] trying to be the best in the state,” Zackary said, “but of course, that takes practice, and that’s why they say practice makes perfect.”