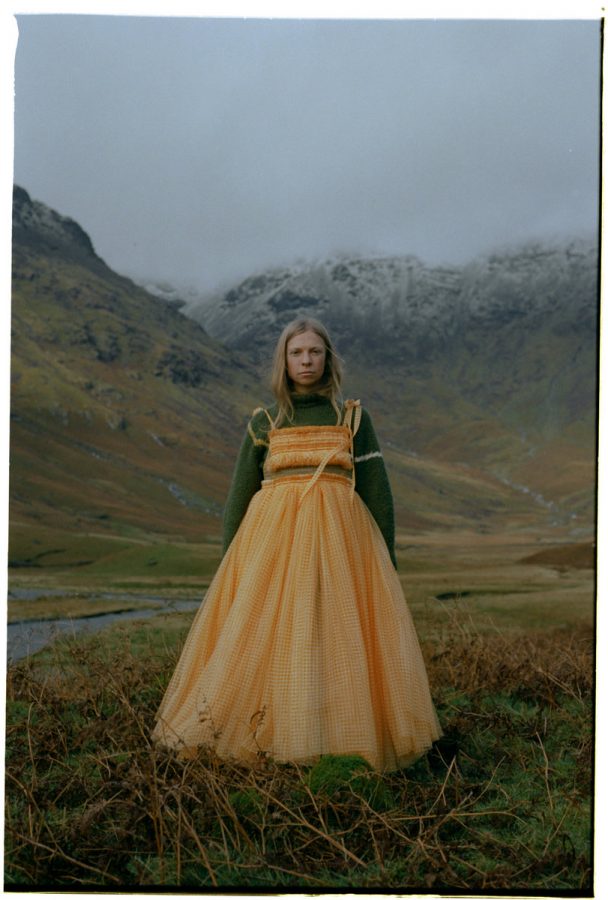 Musician Maja Lena posing in a mystic setting perfectly synchronous with her music.

Just like we are so often bound to do, my taste in music travels alongside me through the many phases of my life. The bubbly and selectively charismatic parts of me would not exist if it were not for my questionable middle school taste, and there was a large chunk of this past year that would have been a great deal duller if it were not for Harry Styles and Taylor Swift.

Nevertheless, I sometimes fall into an ethereally eclectic pool of harmonies from artists I’ve never laid eye or ear upon. Within the walls of Spotify’s curated playlists, I find encyclopedic uncertainty—the sort of oxymoron that seemingly makes sense.

Though I never outwardly search, this hunting of new music can often be vibrant and energetic. And within one of my most recent explorations, I stumbled upon the diaphanous tunes of Maja Lena, an up-and-coming Swedish songstress. Though she just recently hit the music radar, her two debut singles are certainly to be sung the praise of.

Beginning with her first collection from December of 2020, Lena introduces her rather gossamer yet compelling voice, layering it effortlessly over a warped yet tangible background. The first song, “Avalanche,” carries an air of evergreen mountains and picnic lunches. Though I listened from the comfort of my bedroom, I felt suddenly transported to a picturesque valley filled with darting rainbows and crisp twilight air.

Immediately following my introduction to Maja Lena, I received a contrastingly trilling tune layered in black and white. While different, “Hammer the Iceberg” brought me back to the center, taking the delicate vocals to a whole new level by placing them over a veil of gentle piano and flickering chimes. Something about this song was strangely reminiscent of nighttime—the same fields as before veiled in onyx shadows and dancing fairies, a singular candle resting precariously within the window of a mountain-side cottage.

Almost as quickly as my mind adapted to the shadows of nightfall, I was transported to her next and most recent release, “Birch.” This single also includes two tracks, similar yet fresh when stacked up against the previous collection. The first song, titled aptly to fit the single name, took me directly to dawn through its waterfall introduction that slowly wound into wind chimes. Though I was once surrounded by emerald and darkness, a sudden feeling of dewy grass appeared at my toes, transporting me to the familiarity of daybreak.

As the song slowly winds to a close, Maja Lena’s patented voice collects gradually on top of itself, creating an image of sunrise and the introduction of an aurora.

Then, in an obviously pending yet simultaneously unexpected sweep, we are within sunlight through the final track, “Sacred Practice.” Yet, instead of the burdens that often come with these hours of the day, this song was almost like childhood. During this time, sunshine meant games to play and tasks to complete. Whether these tasks were genuinely beneficial to the good of the order or not, it did not matter, only that I used every last drop of daybreak for what I had set out to do.

Like the end of a well-enjoyed film, Maja Lena’s discography slowly winds out on a drumming and eclectic tone—the beat similar to that heard behind the end credits. After winding through the many hours of the day, Lena’s crisp and divergent vibe draws me back and back again, and I’ve become thoroughly attached to the peaceful yet truthful nature of her music.