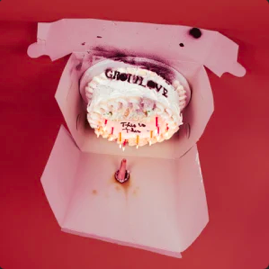 Coming from the same band who blessed the public with the banger “Tongue Tied” comes a new emotional rollercoaster titled This Is This.

This Is This was released exactly one year after their 2020 release, Healer. More coincidentally, the release date for both of the albums is March 13: the day planet earth was tossed into a washing machine and has been running the same cycle since.

Grouplove’s album was heavily influenced by COVID-19 and the isolation it has brought with it. Essentially, This Is This was the band’s way of establishing acceptance–accepting and validating the darkness and dimensionality of themselves.

This Is This has an alternative wave that comes around every so often throughout each song. It’s most prominent between the chorus when the loud guitar strings aren’t playing. Even though the album is categorized as “alternative,” it definitely has a rock-esque feel at the beginning of the song and was accentuated during the chorus.

Grouplove’s music is never boring or tiring. With each of their albums comes an opportunity to showcase their improvement and prodigious vocals. The catchy lyrics and chords are interesting and spunky and will draw anyone to their music. It isn’t hard to get a Grouplove song stuck inside the mind, but it’s appealing to those who listen to alternative/rock music. The guitar strums and yelling aren’t easy for people just getting into the band, but for the fans who have been listening for a while, it’s beautiful to hear.

Grouplove introduces This Is This with “Primetime.” The song was the dead giveaway that the band decided to take more of a rock, alternative approach compared to the happy and upbeat Healer and “Tongue Tied.” Their last album and their most popular song both belong in a coming-of-age film. As for “Primetime,” it’s quite the opposite. I respect the rock aspect, but not in the opening song–it was too harsh. The guitar strums and yelling are beautiful to hear coming from Grouplove, but it wasn’t the opening I particularly look for. I like an album that progresses its way to the peak performance, rather than being shoved into faces and hoping for the best at the beginning.

Although there was no real start to This Is This–or so it felt like it–Grouplove kept up with the rock aspect the band introduced in the opening song. Grouplove also kept it consistent with all of the songs living up to the intense-feeling standards “Primetime” set.

Grouplove also kept up with the catchy lyrics and unique sounds throughout the album, per usual. I skipped around the nine songs that make up This Is This, but with each one, I could definitely tell that it had pandemic influences and ties. My favorite song from This Is This, “Shout,” happens to be the last song. “Shout” ends with an obvious tie to COVID-19: “You are not all alone, Let it all out, Yeah, shout, shout, shout, Just let it all out.” Grouplove incorporated the deep and dimensionality of ourselves that many, including myself, have discovered. Those lyrics gave me a quick reminder that even when times get dark and unclear, it will all be okay in the end.

This Is This started rough but quickly changed for the better. From a Grouplove fan at heart, it deserves all the recognition and publicity an album can receive.