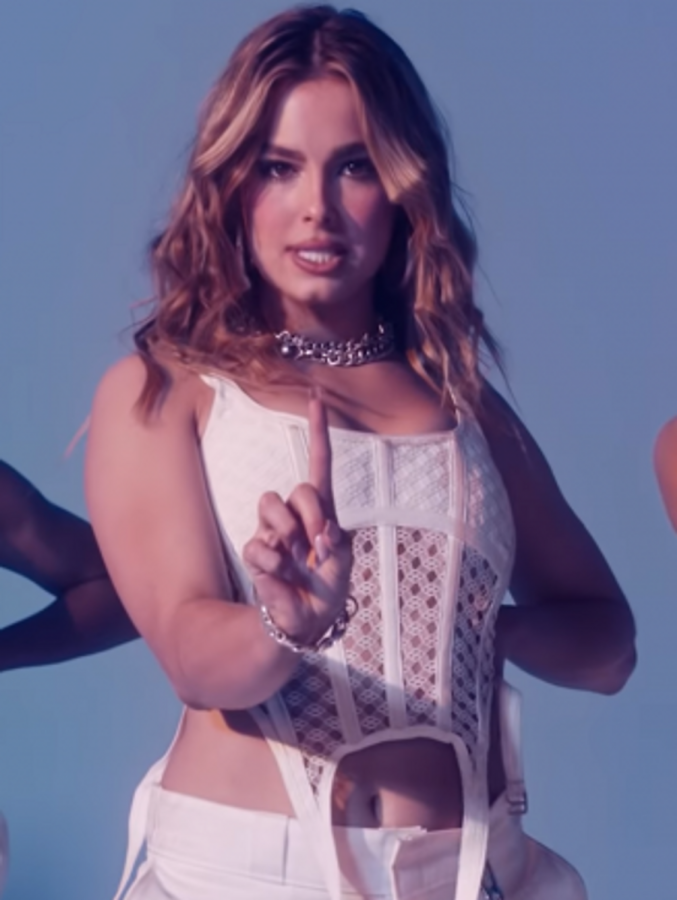 A picture of Addison Rae from her music video for "Obsessed"

As someone who repeatedly ingrains into her audience’s minds that she’d ‘never make music’ and ‘has a terrible voice’, TikTok star Addison Rae’s debut of her music career caught me by surprise.

TikTok—the current most popular social media app on the web—is known for handing out fame left and right.

Some are merited, others are far from deserved. Twenty-year-old Addison Rae—known for her lip-syncing skills and dance moves—for me, falls right in the middle.

Unarguably, Addison Rae has talent. She grew up as a dancer; therefore, that initial art gave her a leg up within a dancing-based app. Plus, she has the look: long, brunette hair, bushy—but groomed—eyebrows, curly lashes, and plump, pink lips.

Henceforth, all of her qualities make a great recipe for fame. However, this is not a free pass to try and gain attention through aspects elsewhere. In other words, if you’re a dancer, stick to dancing.

Just recently, Addison Rae released her first-ever song called “Obsessed.” In this debut of a whole new side of herself, I find it odd because, in some past interviews, I recall Addison Rae ratifying—numerous times—that she will never step foot in the music industry because it is way out of her league.

Well, despite her own words, it appears that she stepped out of her comfort zone. Per contra, I’d advise her to take a step back in.

It all started with Dixie D’Amelio, sister of Charli D’Amelio, releasing a few songs that were absolute disappointments earlier this year. From there, other creators took the influence of D’Amelio’s success and attempted to jumpstart their own singing career; Addison Rae is one of them.

“Obsessed” is the most basic, autotuned song I’ve ever heard; it has no flavor, stand-out qualities, or spice. The song is rumored to be surrounding her ex-boyfriend—who remains anonymous—when he would ensure his love by saying “I’m obsessed with you,” and Addison Rae would reply “‘me too”; in reality, she was being dishonest, said in an interview with Zane Lowe on Apple Music.

“Obsessed” is sprinkled with feminism, and that may be the only quality I admire. Continuously, Addison Rae raves about how she is obsessed with herself—as she should be. She’s twenty years old, living in Los Angeles, and making millions for simply posting fifteen-second videos on TikTok, which is quite impressive.

Many may think “Obsessed” is about a new boy in Addison Rae’s love life; however, it is confirmed that this single is indeed about herself and herself only. I love that Addison Rae is using her platform to spread feminism and self-love; it’s empowering to her supporters all over the world. Although the mechanics of “Obsessed” are lacking, the true message behind the lyrics holds some value.

Summarily, I hold Addison Rae accountable to abide by only dancing and lip-syncing on TikTok; one song is more than enough to prove she’s a triple threat.