She has become enough 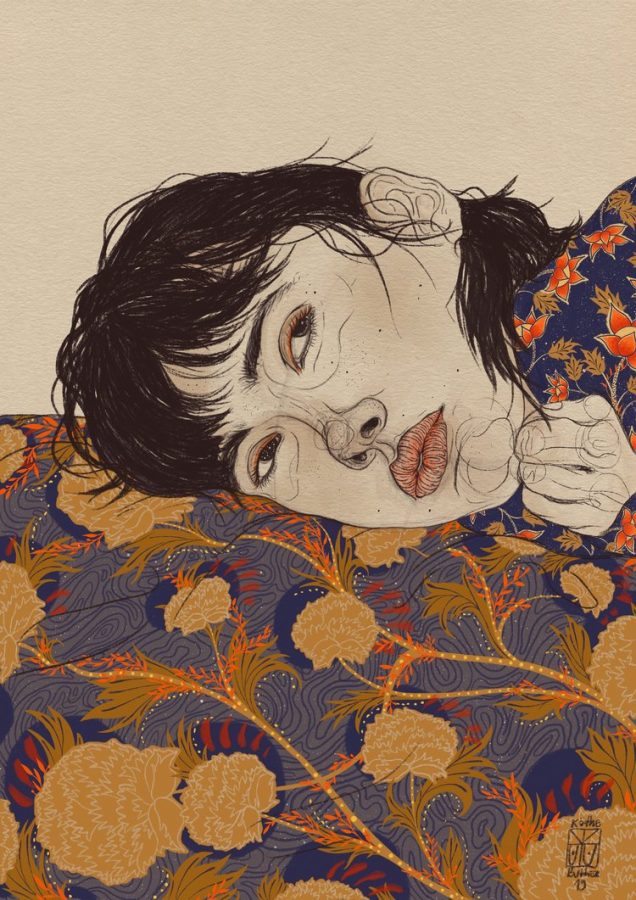 An illustration depicting how we alone are sometimes just enough.

There was this world deep within her—a world where morning strolls with one’s walking buddy were enough to soothe the spirits. A world where she was the only one getting old, one where the quickening wrinkles around her eyes belonged to her and her alone.

In this universe, other things distracted her. There were the permeating colors upon the canvas and the crisp nature of the breeze. There was the weekend outing with Madeline and the quaint evenings spent in. There were cozy French bakeries and benches in roaming town squares, the places where she often got lost in the pages of her life.

Then there were the parties, the kinds she could have never imagined attending or throwing a mere three years before. Opulence of class and lightness of sentiment carried music through the halls of her tiny studio apartment, each guest wrapped in shawls of their imagination. Within these extravagant parties, she found comfort, the kind she could put into words no better than F. Scott Fitzgerald in The Great Gatsby.

However, past the vitality and wealth that dripped from her imagination lay a veil of white cloth. Crisp winds blew through it, causing the fabric to puff up in the breeze. It was the room closed off—the area where no guest stepped foot, not even herself.

Because, while she had made her living off of painting a narrative on canvas, Lilliana found it far easier to forget. If she placed childhood on the back-burner of her mind, then she could continue to be alone. She could be the only one with wrinkles and a ticking clock. She could be the only autonomous being attending her parties.

And it was not until he gifted her his home that she realized how deep she was within the maze of her imaginary world. From the end of the hall, within a dark corner lit by faint daylight, the once bumbling curtain was blown open in a gust. He had blown it open—the man who cultivated her craft and taught her that the truest of loves wait.

Even though she undoubtedly owed him everything, Lilliana could never comprehend why she moved into his home. It was the polar opposite of her previous actions and the sort of thing someone so frightened of change would certainly never do. But maybe that was just it. Perhaps he had given her the place because he had seen in her the person he once knew. He had read in her letters the words she did not type and the message she feared he’d find.

He had understood, as those who raise us always do.