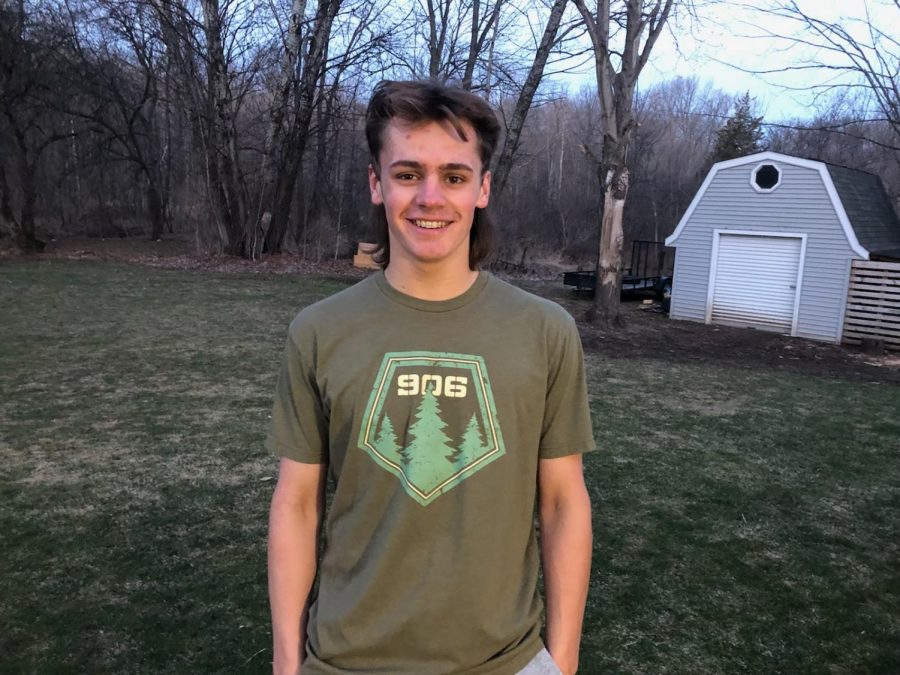 Junior Connor DeFouw has to take extra time to plan which family members his allotted tickets will go to for each of his hockey games.

While deciding the distribution of tickets is a fairly simple task to a large majority of students, having separated parents can make this task an arduous mind game.

“Through COVID-19, there [were] only a limited number of tickets, so originally, there were only two tickets per player,” Connor said. “Since I have a split family, it was kind of tough. Usually, [in the] weeks that I was at one of the houses, [the people in] that house would go [to the game].”

To make up for this, Connor’s family has to use other methods to find the tickets they need.

Despite the complications and hardships of getting his family to his games, it’s important to Connor that the people who first inspired him to try hockey should be able to watch him.

“It was really my stepmom [that got me into hockey],” Connor said. “She’s a big hockey fan.”

Although his family was the force that first pushed him to try hockey when he was four, and he has come to fall in love with the sport while enjoying every second of his playing time.

“I just love the sport,” Connor said. “I love the competition. I love the physicality of it; I like knocking people over.”

Along the way, Connor has also managed to build important relationships with others on the team. He has found himself in a never-to-be-separated group of boys who want nothing more than to be on the ice.

Despite the large impact of hockey on Connor’s life, his free time while off-season is filled with various other activities that he loves including golf, spending time with friends, and enjoying his time outdoors.

His love for the outdoors was yet another activity that he was introduced to through his family. Connor enjoys kayaking, fishing, and just being present in nature.

“In the summer, my dad’s side of the family [and I] go to a campground,” Connor said, “so I’m there pretty much every other weekend. [The campground is] Canadian Lakes; it’s about an hour north of here. We had family friends that invited us up, and my grandparents were up there too, they invited us to look at it.”

Connor’s family has had a major impact on his life by introducing him to many of the activities he enjoys doing the most. But Connor is extremely grateful for them for leading him to find the strong companionship and the joy of the sport he loves most: hockey.

“I love the [hockey] atmosphere,” Connor said. “In the locker room, getting ready for games, just focusing with everyone around me. We have the little rituals that we do beforehand that are always fun. Then on the ice, it’s just going out there and trying to improve every game.”