Logan Mize’s new album was acceptable but far from incredible 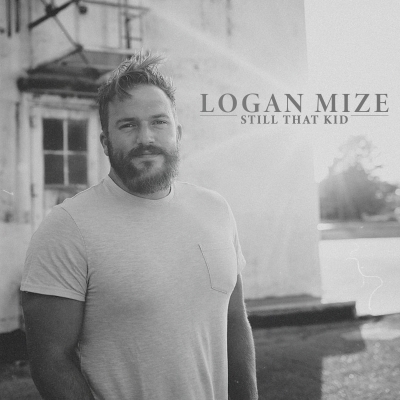 While the warm days of Michigan are peeking in slowly, country tunes have gradually started to fill my speakers once again. Ever since I can remember, country music has been the centerpiece of the many Spotify playlists I have created.

As I was browsing through the multiple songs held on my playlist, I found myself disinterested in almost every country song that was played. While removing old bops that I no longer listen, the suggestion list on the bottom of the screen had my back.

“Grew Apart” by country artist and songwriter Logan Mize, featuring Alexandra Kay, appeared in my recommendation section, and I immediately clicked on it. While listening, I held no regret. Though I hadn’t heard of Mize until then, I was shocked to learn that he wasn’t very popular in the country industry, considering how amazing “Grew Apart” was.  But as this was my first encounter listening to his songs, I can’t decide if I like his pieces on the whole.

While listening to the soothing elegant tune “Grew Apart,” I felt a sense of happiness and heartache. The message behind the song was relatable and heart-touching but also brought comfort. The song illustrated the loss of two friends growing apart; but Mize put a twist on it by vocalizing that it was for the better, saying, “Whenever somebody says your name//I don’t break, I just say//It’s for the best, it’s over now//Wasn’t anyone’s fault it didn’t work out//She’s a good girl, just wasn’t the one” and “We wanted different things, we had a good run// She’s better off and so am I.” These two verses are excellent examples of the pain that the artist is going through, but it also gives a stronger representation of how it might’ve been for the better.

Listening to this well-written piece only made me more curious about what else Mize had to offer. While checking out his new album, Still That Kid, I had a mix of emotions about what rating it deserved. As the next song played, I took notice of how different the tune was. “Slow” held a vibe that was simply not appealing, and the beat as a whole was adequate. Don’t get me wrong, it was well written, but the tempo for the words that followed was unmatched. Although the beat was not what I had hoped for, the message behind the song was one everyone should follow.

“Slow” vocalizes the true meaning of how to live life happily and fully. With the lyrics, “Yesterday’s gonna be gone before you know it//So fall in love, soak it in//Do your best, be a friend,” Mize shows that living presently is the perfect way to live a cheerful life. Throughout the rest of the song, he vocalizes that standing up for yourself is excellent and to use every second you are given fully. Mize shows this by saying, “You can’t buy time with a pocket full of money//Laugh out loud when you think something’s funny//Stand up tall for what’s right//Even if you’re standin’ alone.”

The beat was not fitting for the subject of the song, and there were a lot of other tracks on the album that had this issue. “Gone Goes On and On” was repetitive and standard, which similarly applied to a good majority of the pieces on the album.

Overall, I enjoyed listening to the album, but I feel that Mize still needs to find his balance between tempos. Therefore, the album was satisfactory but didn’t manage to blow me away.