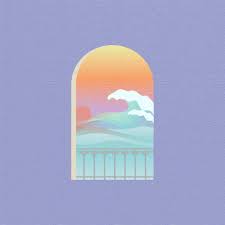 Thanks to Spotify’s “Discover Weekly”, I have found my comfort music for the past three years.

Since freshman year, I have found myself listening to the band Surfaces whenever I have a bad day. Consisting of just two singers, Forrest Frank and Colin Padalecki, the two never cease to bring me out of whatever hole I have dug for myself to dwell in.

Their constantly upbeat—some would describe it as “alternative” or “indie”—music never fails to put me in a cheerful mood; the playlist I have spent hours perfecting of just their music is always my go-to when I am stressed or despondent. It may just be the bias I have towards them, but I always recommend their music when someone asks for new songs.

As soon as Frank and Padalecki sent out a tweet announcing the release of this song, I instantly got excited and began to share the tweet with all of my friends—as if they don’t already hear everything about the two and their music.

Their recently released song, “Wave of You”, came out as a single and so did their announcement of their fourth album. Before listening to the song, the classic cover art, that the two are known for, drew me in.

As usual, the cover art is filled with a myriad of pastel colors while also connecting the name of the song to the art. Outside of the purple window lays waves and the setting sun.

After admiring the art, I began to listen to the music, and as I predicted I would be, I was far from disappointed.

The song starts off with the familiar beachy and summer-esque sounds, similar to their other songs. Their normal jazz sound was continued within the background music; the tune was making me nostalgic for their music, while also getting me excited for summer.

Aside from the background music, the two singers constantly give off good vibes within their music; while Frank transitions from slower singing into a more upbeat tone, he sings, “I think I’m caught up in the way I feel ‘bout you”, staying true to their past positivity and love messages.

Lately, Surfaces music has been filled with songs that could be classified as love songs, and “Wave of You” is no exception. Frank recently got married which makes sense as to why more of their songs have begun to be more about a significant other.

While most of Surfaces’ music videos are cartoon drawings, Frank and Padalecki took a new and different approach to the music video for this song.

The video starts with the two singers behind a movie set while a girl is sitting in front of a green screen. She asks what they are talking about and the cameraman says “what’s your favorite memory?”

The video then transitions to the favorite memory: a beach day surrounded by those she loves. While the song plays in the background, the girl is shown in many different parts of her day at the beach: on top of rocks, dancing under a streetlight, or swimming.

The entire vibe of every single detail about this song all connects perfectly. The cover art of the waves, the song title “Wave of You”, and the additional lyrics and music video all fit together to make this song as catchy and light-hearted as it is.

While it was no surprise to me, this song is just as amazing—if not better—than the rest of their songs, and I have already added it to my playlist for this summer.