Canceling and educating should not be a pick and choose situation 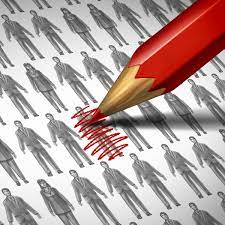 cancel culture is defining modern society as the only way to call someone out, and it needs to stop

Recently, cancel culture has taken some heat, specifically, on platforms such as Tik Tok and Twitter. But what some have brought to light is the phrase “educate don’t cancel.”

As the act of canceling has become more common, it has become a question of whether or not people should face their consequences or move on from their past mistakes.

Educating refers to learning and growing from their faults while canceling gives in to the idea to stop supporting that person as a way to boycott their presence.

Situations like these have created debates on whether canceling should be a way to show solidarity against a star, yet it still remains in the vocabulary of Twitter drama accounts as a way to expose people. These have ranged from topics of silly misunderstandings to serious accusations. While many people find sources to use for their target, it has been more and more commonly seen that articles from past years have resurfaced as a weapon for destruction.

Along with this, some people choose to use this education card with the influencers they highly support whilst agreeing to cancel another simply for their dislike for them. This shouldn’t be a pick-and-choose situation for how serious these accusations have become.

With a larger audience J.K. Rowling has attracted, it has been brought about to have her “canceled” based on accusations of homophobia, transphobia, and racism. Many people collectively decided to stop supporting her as a person whilst still supporting her most famous series Harry Potter. With this social shaming, it continues to appear that she won’t be receiving positive attention from media anytime soon.

Similarly, YouTuber David Dobrik has been canceled numerous times over the past year for a variety of events that have popped up over the internet. With this, there have been clear signs about his character as a person that have been blurred out and forgotten. While most disagree with his actions, there are still people that disregard his allegations solely because they like his content.

Apology videos have risen in number as the influencers address the situation they have been called out upon and apologize for their wrongdoings all while asking for forgiveness in hope of keeping their supporters. From what I have seen, most creator’s apology videos aren’t enough for the media’s standards as they continue to shame them for their fault. These videos are meant to be an educational purpose for that influencer to learn from what they have done wrong and change their views. Though they seem to have the purpose of good intentions, they simply aren’t enough.

YouTuber and gamer Karl Jacobs has been facing hate on the internet for unreasonable ideas that have sprouted such as “not liking rice” or “painting his nails.” The term to cancel a person has become overused and reduced down into a word being thrown into sentences at will. Along with this, people have attempted to boycott watching famous YouTuber, Mr. Beast, claiming Jacobs wasn’t funny enough to be put in the videos.

The disdain for a creator has become more common as people search for content from years ago to prove the “bad side” of that person. People change over the years as does what society normalizes. Slurs that were once deemed acceptable ten years ago have now been discovered to be disrespectful to neurodivergent people. Though society’s vocabulary has seemed to evolve and rid those words from them, the idea that bringing up an old Tweet from ten years ago—where it was socially acceptable to say such things—seems to stay and brew an ever-growing cycle of canceling and accusing. Instead of allowing that person to grow and understand where they went wrong, it seems the only thing that people will do is cancel them and send hate to them for the next few years.

Furthermore, it has become overused and degraded by the lack of seriousness within it. Every day it seems as though another person or item has become canceled. Silly topics such as the removal of the Potato Head’s identifiers, characters from the Disney Junior show Puppy Dog Pals, and more have been brought up to be canceled. Along with this, actress Skai Jackson used a 12-year-old kid as an example to dox and cancel him on her platform.

This resulted in the expulsion of the kid as well as his parents getting fired from their jobs. As this was brought about, many people continued to seek out personal information about the person being targeted in an attempt to ruin their lives. According to the University of Central Florida, “There are many instances of people getting canceled for very good reasons. But the term has lost its meaning, and cancellation fails to target people who deserve to be canceled in a modern way” (“Is Cancel Culture Effective”).

Regardless of this, the act of canceling or educating shouldn’t be based upon whom a person’s favorite content creators are or who they disliked most from a video. Cancel culture has gone too far and has lost its potential to be a valuable weapon over time.