While Boys World’s new EP is taking off, the girls take their fans with them every step of the way 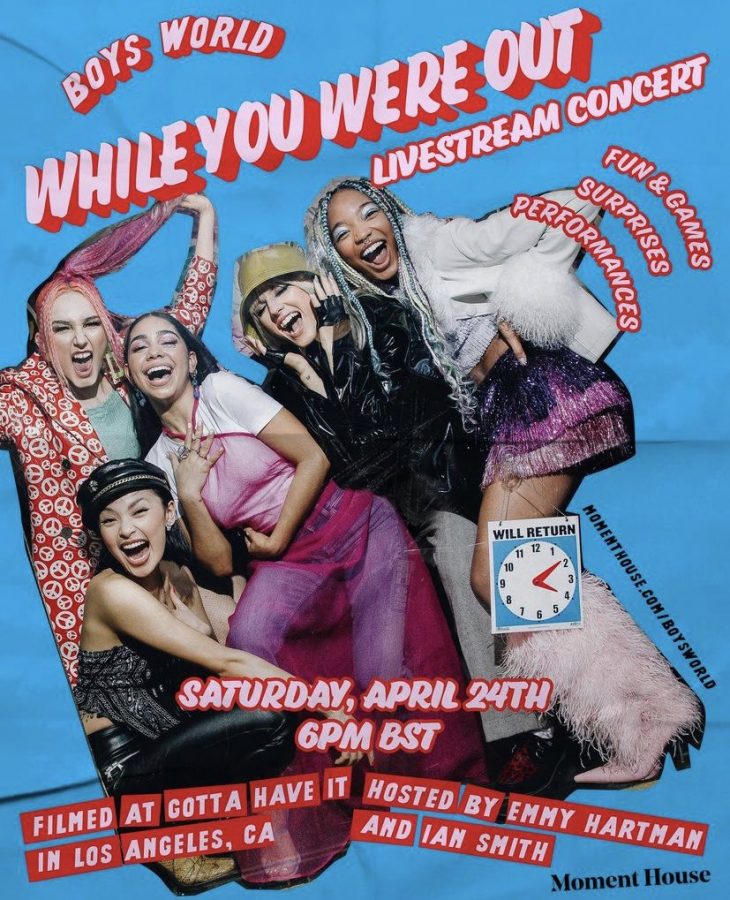 After musical group Boys World’s gradual release of their three singles “Girlfriends,” “Wingman,” and “Tiptoe,” they released their EP: While You Were Out. The short EP consists of five songs, three of the previous singles, and two new releases. The album went public on April 9, and the members of the girl group have been hyping it up long before it was released.

After the three singles start off the EP, the girls introduce everyone to music that fits the coherent pieces of their work: “Relapse” and “Touched by an Angel.” While every song on the EP shares a similar melody and theme, “Relapse” is the rainbow after the rain. The first few songs that introduce Boys World as artists are heavy and full, but “Relapse” is a nice change of pace. This song couldn’t stand alone as a single because it’s so light and slow compared to the previous singles, but it is most definitely one of their more beautiful and elegant songs. 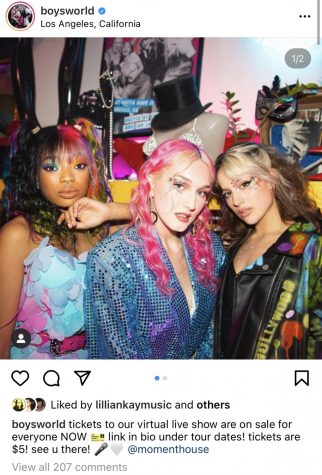 Regardless of Boys World’s EP fitting into the more basic pop genre, the girls do a spectacular job of making sure to add variety to each song so they don’t sound the exact same. Big artists, like Taylor Swift, go through waves of different genres so it’s exciting to see if Boys World will expand their taste as they grow more comfortable in the music industry.

The last song on the EP, “Touched by an Angel,” is a happy medium between calm and strong that was presented throughout the start of While You Were Out. The EP could have been better organized, instead of placing all of the empowering songs together, they should have been spaced out in increments so the lighter songs can be more appreciated. “Touched by an Angel” shouldn’t have been the ending song because it was not extremely impactful in a melodic sense like the starting songs. But, “Touched by an Angel” was still beautiful and flawlessly followed their theme, and that’s something no one can take away from them. 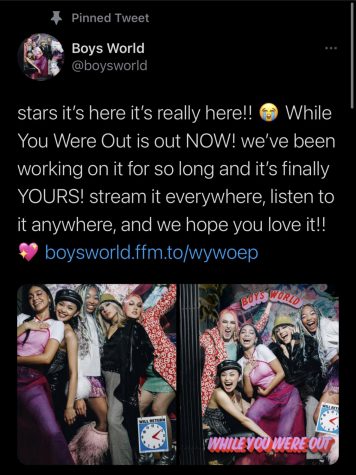 After listening to the full EP, songs from other artists will begin to play; the next songs in the queue are from similar artists: girl groups who are trying to make it big. While diving deeper into 2021, the rise in music released from groups of strictly girls is apparent. While K-pop has found its way at the top of most charts, a lot of the famous groups from that music genre are girl groups. The way that Boys World sets themselves apart is by encouraging interactions with their fans who they view more as their family.

Boys World has a texting service, like most artists in 2021, where they update their fanbase—stars—on everything happening musically. After every single, including the EP, the girls throw a listening party and announcement via Zoom call; While You Were Out was no exception, the girls were obviously filled with excitement while announcing their first cohesive work of art.

Being a younger group of girls makes it easier for the group to reach their fan base through video calls but also apps like Instagram and Twitter, apps that most teens have downloaded. On Twitter, the girls share everything that While You Were Out has brought them. Boys World retweeted MTV’s tweet about quickly picking up on the girls’ success and announcing that they would perform “Girlfriends” for a YouTube Livestream. 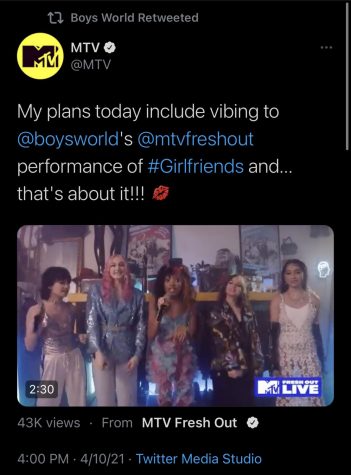 Along with retweeting and sharing their success, the girls use their social media to share upcoming events that surround their EP. In late April, Boys World will be performing their first live concert for While You Were Out. The tickets are incredibly cheap, five dollars for regular access, but there are two packs that fans can choose from. Besides the normal access, fans can buy a limited edition Boys World t-shirt. While only bringing up the price twenty-seven dollars, Boys World does an amazing job of making their work affordable for their younger fans as well as those who struggle financially.

Through the past year, Boys World has proven itself to the public and inspired other teens to chase their dreams too. Although the group was put together, their music is nothing short of unique compared to the music at the top of the Billboard charts today. Regardless of how much they’ve succeeded this past year, they are still in touch with their roots and the people that support them. Bigger artists who let fame get to their heads should take notes from the upcoming world-famous girl group: Boys World.