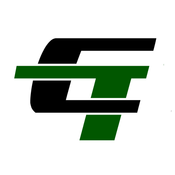 The Central Trend staff members have been awarded a variety of awards from the Michigan Interscholastic Press Association (MIPA) in their spring journalism state-wide contest. The winners are listed below.

Connor Genschaw: A Player and a Fighter

Bon Voyage – I’m not going to play it safe

An Ode To Glen Arbor And The People Who Live There

A new feature of TCT is the Sports Report. Joe Freihofer, Jake Heilman and Tyler George all won awards as part of the FHC Sports Report.

“The FHC Sports Report has become a go-to site for FHC sports fans. Their updates on Twitter, player profiles, and game reports have become a staple of what we do,” said Ken George, the adviser of TCT.

“Joe is a gifted journalist who is looking to go into sports journalism in college, so it is no surprise that he won an award,” George said. “Jake is a committed game reporter– he excels at heading to a game, interviewing, and then churning out an effective story that night. And, Ty is a strong writer who excels at columns that show how he feels about sports in our school and our country. He’s a sports junkie, so he really enjoys writing about what he loves.”

Along with the Sports Report, the opposite side of TCT is the staff writers– the girls and guys who run from the office to the science rooms and back in full circles every day collecting interviews. The girls and guys who pour their hearts into columns and editorials, posting stories each and every week. The staff writers who won awards were Abby Scutch, Nisha Rajakrishna, Sophie Bolen, Krystal Koski, and Hannah Kos. George boasts about them as well.

“Nisha joined us mid-year and received a crash course in journalism,” George said. “Then, after about a week, she began to turn out some of the best stories we’ve ever published. Simply put, she is a gifted writer and reporter. I’m excited for her honorable mention award for the review about the U2 concert she went to last year while attending school in London.

“Krystal’s feature about a major change in our school with Valedictorians and Salutatorians being eliminated was a high-profile piece that drew in a ton of student and parent readers,” George said. “I am proud of the research that went into the story. Everything Krystal does she does with passion, and this story was no different.”

According to George, “Sophie is a storyteller. Her column about her time in Glen Arbor was a touching tribute to her family and those close to her. She wasn’t sure about sticking with The Central Trend second semester, due to her acting commitments, but we are excited that our community can continue to read her writing.”

“Hannah’s in-depth feature about Connor Genschaw’s tennis exploits while dealing with diabetes was a tremendous tribute to one of FHC’s finest. The story Hannah told showed all of us that we can rise above difficulties to excel. A second place finish in the state for her story is an incredible accomplishment,” George said.

Finally, George is proud of editor in chief Abby Scutch.

“Our one first place award fittingly goes to Abby Scutch for her story about an FHC graduate who is saving and changing lives,” he said. “Abby has led our staff this year in a very turbulent time for high school journalism, and she has done it with passion, conviction, and care. I’m proud of her as a writer, but even more proud of her leadership and dedication. Her impact on The Central Trend will not end when she graduates.”