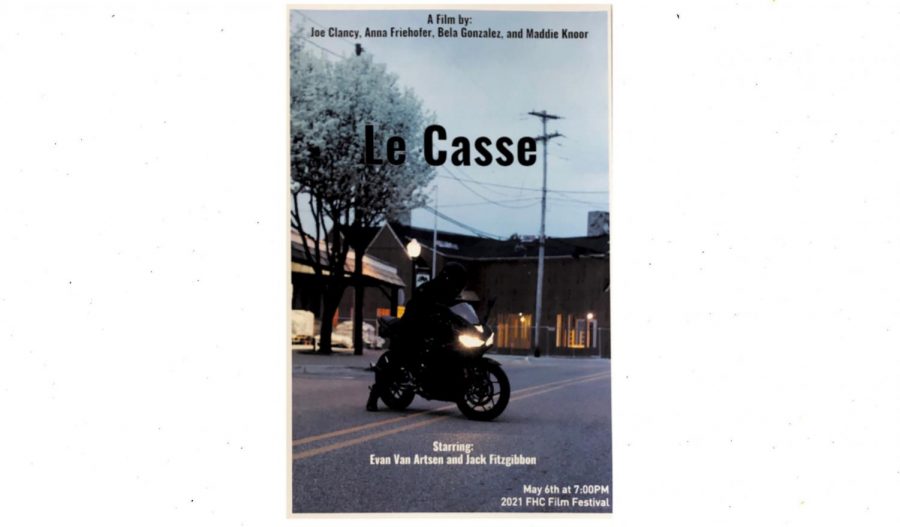 “Two brothers, Russell and Tommy, find themselves in a rotational life of barely making ends meet, a delusion of happiness in their small town. When Russell decides enough is enough, he sets out on a mission to plan a radical heist and give him and his brother a chance at a fresh start. As the pressure builds, so does the tension between the two as the team effort turns to every man for themself.”

“Movies were always my escape to get a break when I was stressed out and go into someone else’s world. I got really into different movie styles that way, then being a part of all of Manders’s video classes since freshman year gave me a cool behind-the-scenes look as to what goes into making your own videos, [especially] building up to Film Fest this year.”

“For this film, we wanted to make it serious with slight humor while keeping it doable. It’s really easy to bite off more than you can chew in the scriptwriting and planning process, so we just tried to make it something enjoyable for everyone without pushing any limits.”

“The best part of Film Fest is looking back on everything [that] is done and seeing how much time and effort was put in to get to the final product, [as well as] getting to show everyone your work, making whatever you want, and telling a story with your friends through film.”

“One thing I’ve learned through this is it’s [essential] to manage your time and stick to a schedule the best you can.”

“To get to where we are now, it took many really early mornings, long filming days, working around injuries, crashes, busy work schedules, bloopers, and more, but it’ll be something to look back on for a long time as a really cool experience with my friends.”