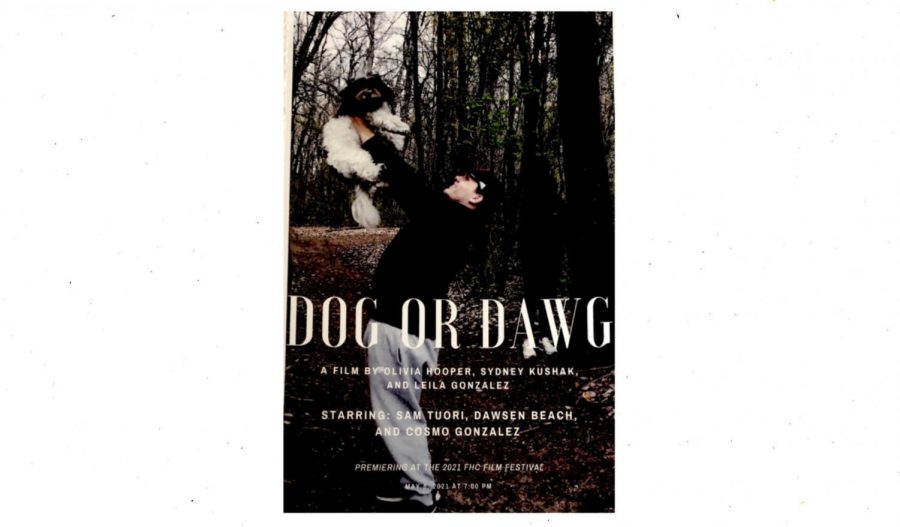 “Our film is about a boy, Sam, and his best friend, Dawsen. Sam and Dawsen hang out all the time and do everything together until Sam gets a dog for his birthday. Then, Sam spends all of his time with his new dog, Cosmo, instead of his dawg, Dawsen. The film shows the changes in their relationship and how this dog impacts their friendship.”

“After taking Media Comm freshman year, I really wanted to continue with film, so that’s why I decided to take FX.”

“My teammates and I just wanted to make a fun movie that people would enjoy watching. I personally was really excited to have the opportunity to make a film this year, despite our’s being halfway filmed last year once COVID-19 hit and Film Fest was canceled.”

“The best part is seeing your whole film come together at the end. It’s a huge relief when it’s all finished, and watching it makes you really proud of what you have accomplished.”

“Although it may seem difficult at the time, everything is worth it in the end.”

“It took a lot to produce this film; countless hours were spent brainstorming, coming up with the script, finding actors, finding times where everyone was able to film, and finally [the] editing [process]. It took a lot of time and effort from my teammates, me, and our actors, but it was worth it.”