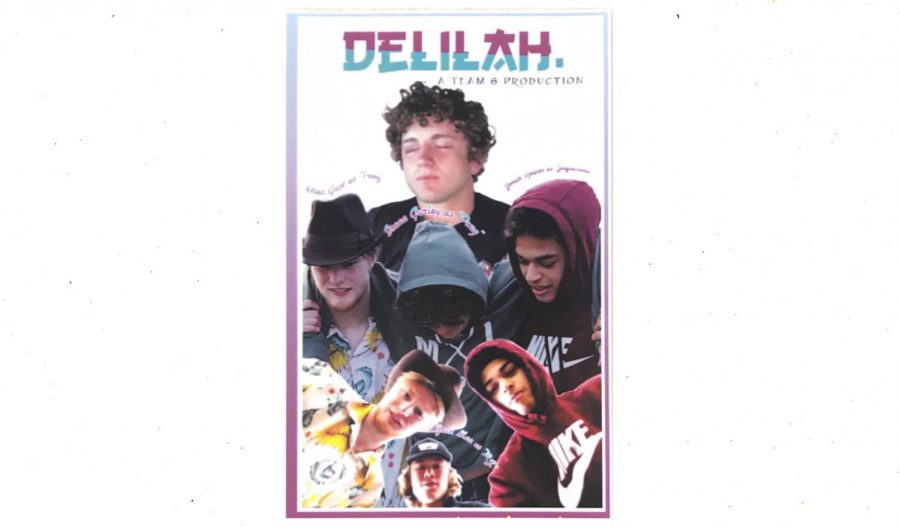 “Do you like to laugh? Well, who doesn’t, right? But do you also like a mystery that takes twists and turns? Well, come out and see Delilah. You will laugh, maybe cry, but in the end, you will be fulfilled.”

“Well, I took Media Comm freshman year and loved it. I liked [the teacher] Mr. Manders, and it just grew from there. I like to put a story together in a fun medium.”

“Our film was inspired by Weekend at Bernie’s. [It’s a] great movie, and you can see the influence all throughout ours.”

What is the best part about the Film Fest project?

“Being able to create a story from three different brains and just feeding off one another.”

“I have learned how to be flexible. I have never done a group project that takes four months, so this was a very new and different experience. Flexibility came into play big time, especially with scheduling filming days. [We] had to juggle many people’s schedules.”

“We had to start with a screenplay, which consists of writing down each scene line by line, shot by shot. Next, we drew it out with a storyboard. Then we started filming. It was very fun but stressful to meet deadlines.”