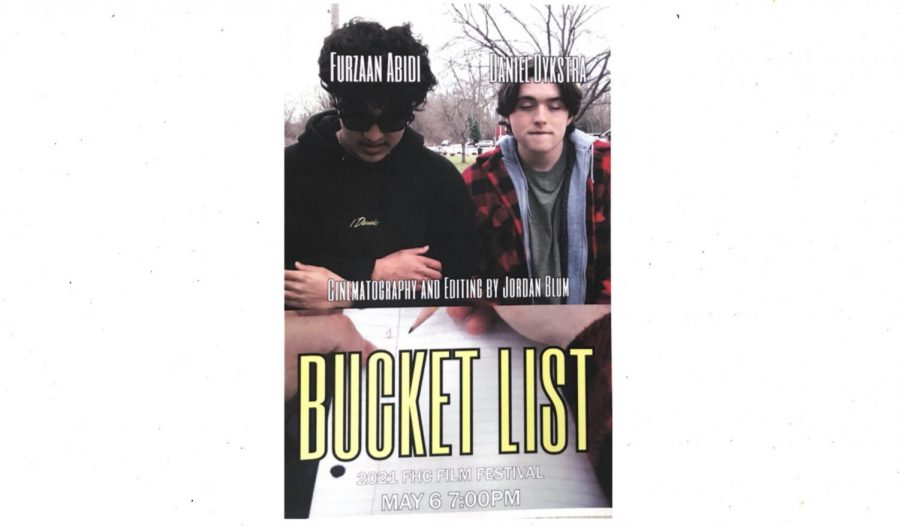 “This film is about two best friends who go on a wild adventure to capitalize on their final days together. They help each other grow in the process, but they could never expect the consequences of their actions.”

“I’ve always had an interest in making movies, and FX is the perfect opportunity to get creative with making short films.”

“[My group was] inspired to make this film because we wanted to end high school on a high note.”

“The best part about the Film Fest project is making something with your friends that you’re proud of.”

“One major lesson I learned in this project is that you need more time than you think to create a film.”

“To make this film we had to do several hours of planning and writing, [and we had to] buy props such as a viking helmet, a for sale sign, and 3 dozen eggs. We had to go out and do a bunch of different activities, coordinate many extras for a few different scenes, and we had to commit to some long nights of filming and editing.”