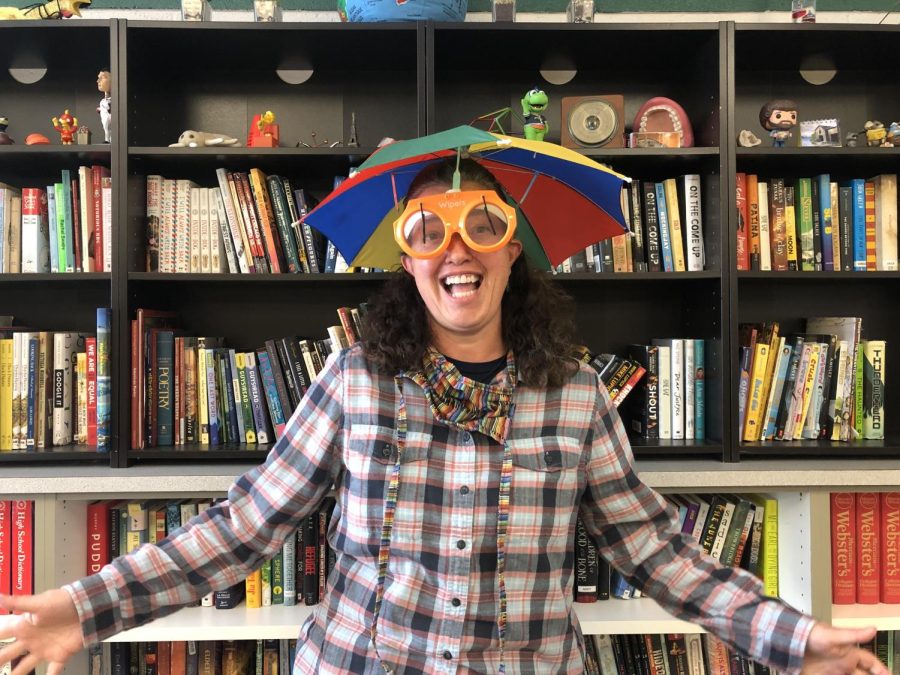 “I never wore costumes until I had to teach young, young children. And one year, I remember I dressed up as a disco ball and that was a lot of fun. [It] was one of those inflatable costumes, and then I used a lot of shimmery duct tape to make it look like a disco ball—I think I wore a beret. I remember going down the hallway in the parade and kids punching me. It was not very fun. And then I thought, ‘Why do I always wear costumes that people want to hit?’ One year, I was the Kool-Aid guy. I made that one. I like to go through the lineup saying, ‘Oh yeah!’ I was the purple minion; the other teachers had to lead me because I couldn’t see. I ended up making some first graders cry.”