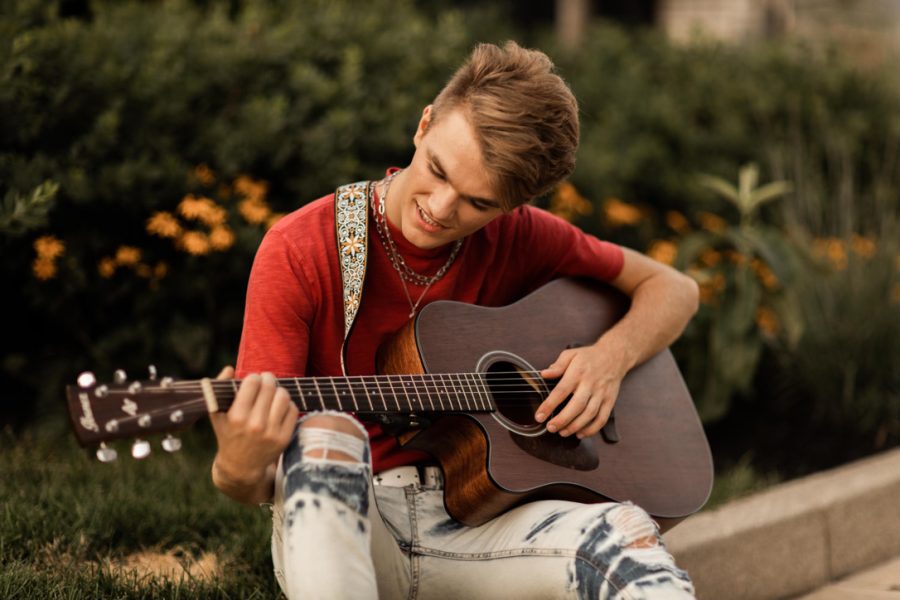 “I play a variety of roles throughout this show, including an annoying neighbor, a police officer, and a random civilian. However, most of the time, I, along with the other people playing various roles, act out what is going on in Christopher’s—the main character’s—mind.”

“I tried out for the play this year because I wanted to get back on a stage with a live audience. After the past year and a half of not being able to perform in any normal capacity, I could not wait to walk back onto a stage.”

“For many of my characters, I get to choose their personalities and backstories. For example, when I am Mr. Wise, the annoying neighbor, I draw on the emotions and parts of my personality that are more prominent when poking fun at some friends. In all of my characters, I found one aspect of my own personality, then amplified it to become a caricature of myself in order to give a more relatable performance.”

“This is a show unlike anything FHC has ever seen. The intricate blocking behind a powerful story is something you won’t want to miss.”

“My favorite memory from the play this year was the cast bonding party. We all went bowling together. [Senior] Zach [Guikema] won by a lot, then [we] went back to [senior] Abby Berlin’s house and just hung out with one another. Getting to know each of my castmates, personally, is always a highlight of a show, but this cast is super special.”

“I am most excited to share all of the work we’ve done over the past two months with our school and community.”

“In order to get into character, I sit in my car and meditate for a little bit, drink a cup of tea to become one with the British, and just run through a few of my lines.”

“If I were a Shakespeare play, I would have to go with Macbeth. Macbeth is an insane show dealing with so many real-life issues in extremes. I feel like I am similar because I’m kind of crazy, and also, I’m a drama queen, so I do everything to the fullest.”