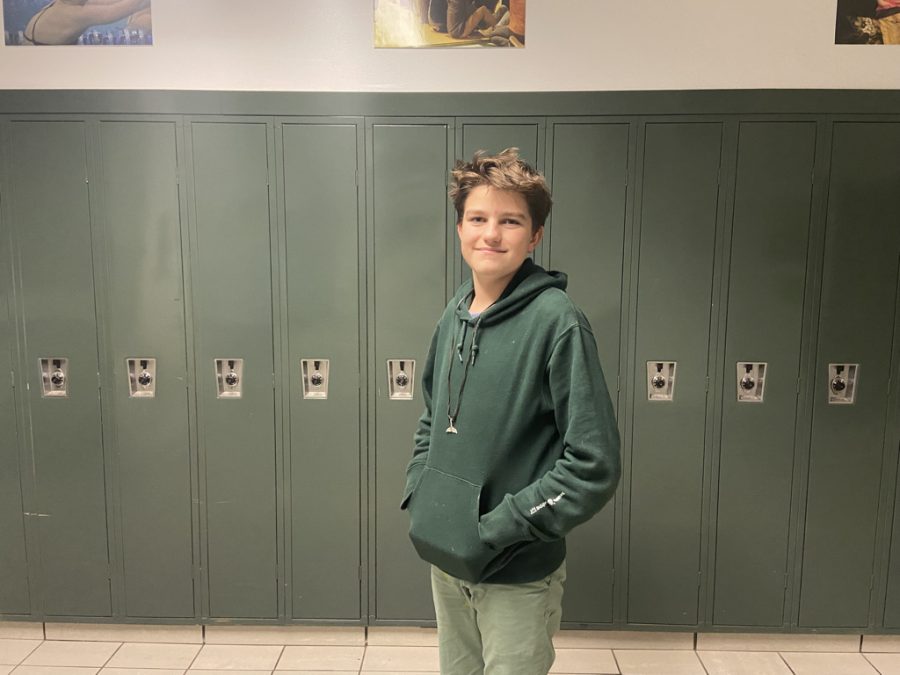 “My role in the play is many different characters, but the most important would be the station policeman and ‘the man behind the counter.'”

“Because I’ve done theatre before. I think theatre is really cool and interesting. It helps you find your friends because you make a special connection with the people in the play, and I really [think] it’s a fun experience. I think everybody in their life should do at least one play.”

“My characters in the play are not the most complex in the world, but I like ‘man behind the counter’ because he represents the average English worker.”

“I like when the cast went to the bowling alley; that was really fun.”

“I’m excited about the start day; that is when we review the play and see who it is. I think it’s going to be a really good product.”

“I think about how my character would feel; I try to be him.”

“I think I probably would do Macbeth.”