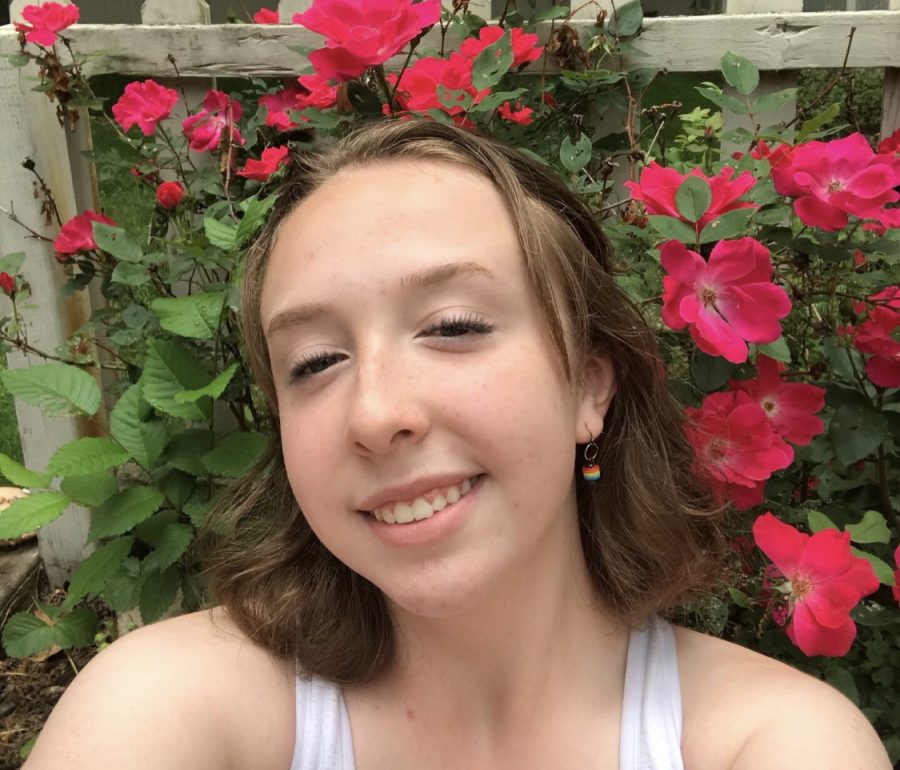 “My character’s name is Siobhan. She’s like the teacher/mentor to the main character, Christopher; she’s also the narrator in the first act.”

“I decided to try out for the play because I’ve been doing theater for a little while now, a couple of years. And after everything that’s gone down in the past year and a half, I’ve really wanted to get back on the stage. So I decided to try out.”

“I don’t have a lot in common with my character, really. We’re both friendly, kind, approachable people; overall, pretty decent vibes to be around.”

“[You] can expect a very dark and dramatic show. It has a couple moments of humor, but it’s overall very intense and dark and very traumatic.”

“My favorite memory from being in the show is listening to Michael Bublé with Tara [Brace] in her car on the way to the cast bonding party, which is really fun.”

“I’m most excited to get back into [a] real theater, which is really fun, and be able to put on a brilliant performance with these newfound friends I’ve made.”

“I get into character by doing a couple of vocal warmups, deep breaths. My character has an Irish accent, so I do a couple of accent warmups; I drink a lot of water when I’m rehearsing to not get dehydrated. It’s definitely [a] hack.”