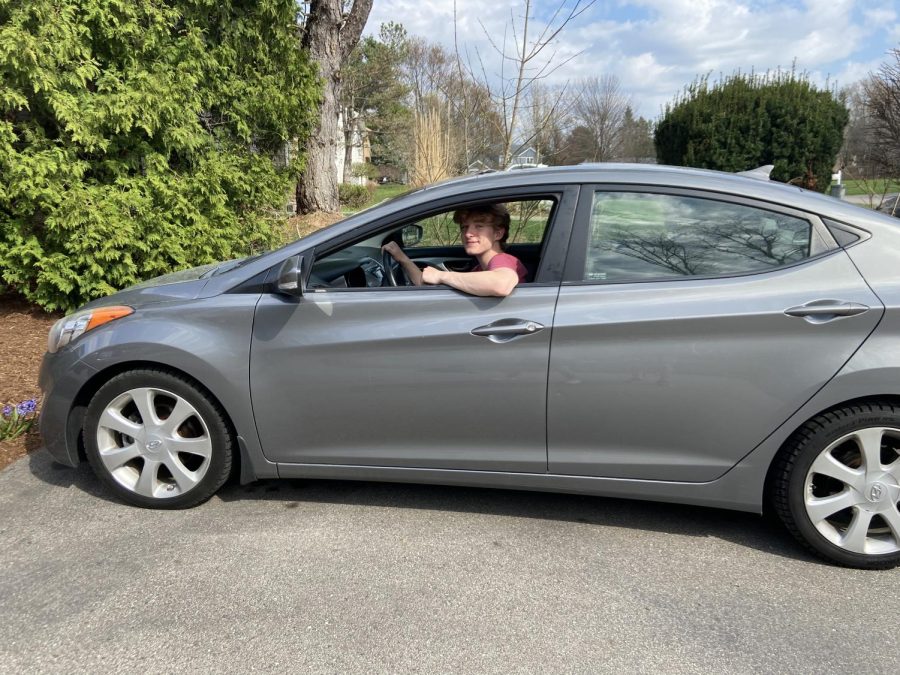 1. What was your reaction to getting nominated on court?

“I was a little surprised people had voted for me. When Mrs. O’Brien came up to us and said, ‘Hey, you two need to go to Manders,’ it was shocking. Honestly, it was so unexpected.”

“As corny as it sounds, it’s honoring knowing that enough of my classmates thought of me in that way to nominate me. It was cool.”

3. Who’s someone that should’ve been nominated for court and wasn’t?

“My friend, Joey Seurynck. He definitely was deserving of it, and I think a lot of people voted for him, but he’s still got Prom.”

4. What is your favorite Winterfest tradition and why?

“I’d have to say the lip sync, but it’s a little bit scarier now that I’m participating in it. I think it’s just fun; it’s goofy. It’s also reflective of who you and who your [partner] are.”

5. What’s your favorite type of pasta and why?

“Pesto pasta. My mom makes pesto pasta homemade. It’s the most delicious thing I’ve ever had. It’s got that nostalgia in me because she made it when I was really young.”

6. Describe the weirdest dream you’ve ever had.

“I was a pirate. I used to play this pirate video game, and I had control of my own ship. It was so vague but just interesting in that sense. Swashbuckling, you know.”

7. What’s one song you hope they’ll play at the dance?

“‘Die for You’ by The Weeknd. I’m a big Weeknd fan, and I think that [he] just gets the vibe going.”